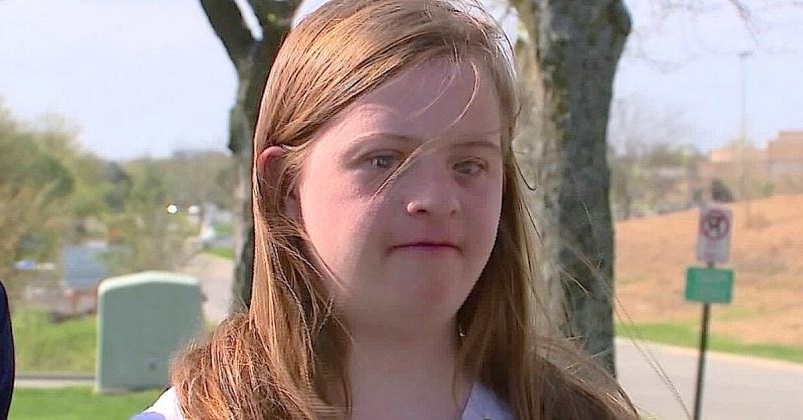 Kathryn Embry is an 18-year-old who wants to be treated like the other girls in her school even though she has Down syndrome.

She went on a trip with some of her classmates to a sports store that has a large Ferris wheel and thought that she would be able to ride it like everyone else.

Many of the students in her class have special needs like Kathryn does with the rest of the class offering assistance in making sure they get their school work done and making sure they have someone to protect them.

One of the rules on the Ferris wheel is that all of the riders need to be able to follow the rules and must be able to sit still while on the ride.

Kathryn understands the rules because she often helps with some of the people in her class and also helps with managing her soccer team.

However, when you look at Kathryn, you can tell that she has Down syndrome. That doesn’t mean that she isn’t capable of knowing what people want of her.

It just means that she does her own thing sometimes. The operator of the Ferris wheel could tell that she was disabled and wouldn’t let her ride.

Kathryn’s friends decided to do something to fight back against the owner so that she could ride with them.