Home » He Did A Double Take After Spotting Three Kids In The Back Of A Truck. That’s When He Realized What Was Happening. 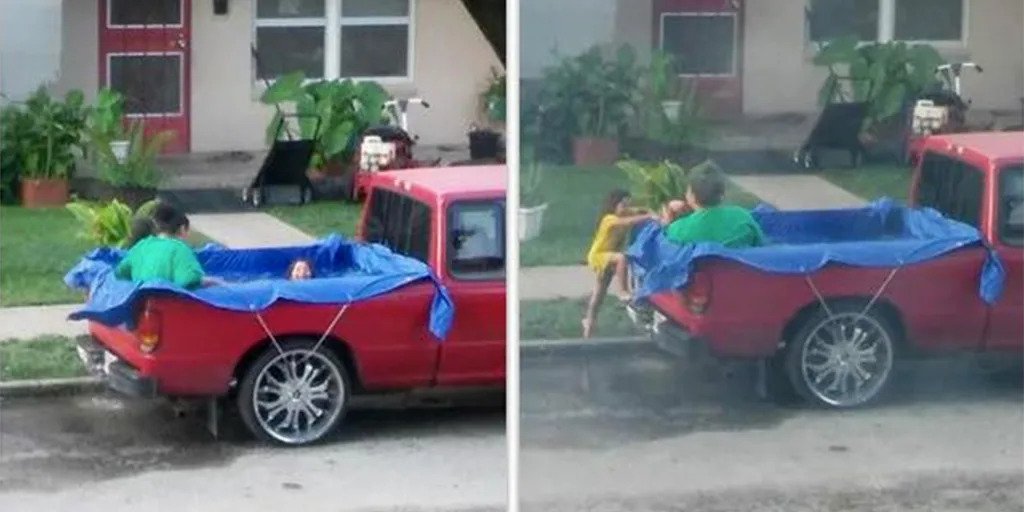 He Did A Double Take After Spotting Three Kids In The Back Of A Truck. That’s When He Realized What Was Happening.

If you have lived anywhere where it gets very hot during the summertime, you’ve either dreamed of having a pool to relax and cool down in, or spent every sunny day splashing around in your own. Even though having a pool isn’t exactly cheap, for people who live in extremely warm places, it can feel like a necessity.

Todd Arredondo from San Antonio was scrolling through Facebook when he came across a photo of some children who were using the back of a truck as a swimming pool. It appears that they used some kind of tarp in the bed of the truck and filled it with water to create a makeshift pool.

The photo ended up going viral, but not for the right reasons. Many people plagued the comment section with cruel remarks about the family and their income.

The comments truly affected Todd, and he was hurt by the fact that people could be so mean to a family they didn’t even know. He knew how much those children probably wanted a real pool to play in, so he decided to do something that would shut down the cyber bullies.

Todd was able to track down the family, and hand-delivered a brand new inflatable pool to their home! He said that seeing the smiles on the children’s faces was “truly rewarding”. 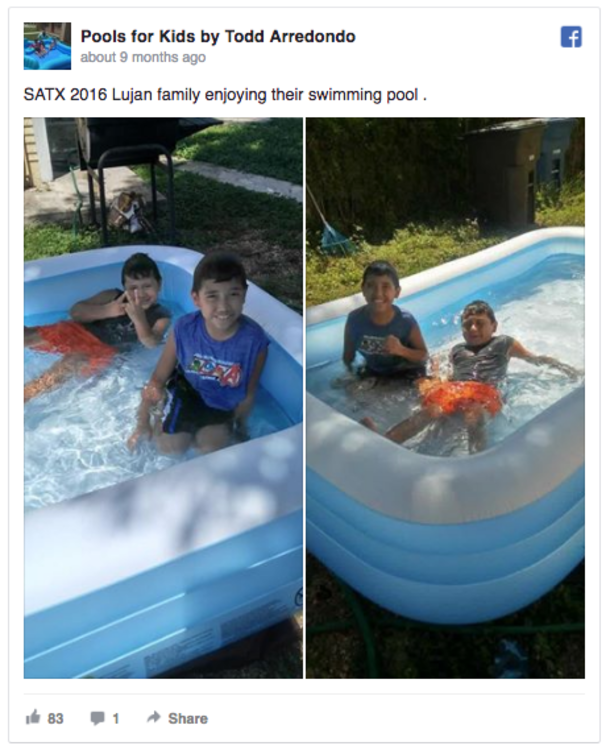 But his kindness didn’t end there. Todd started not-for-profit organization entitled “Pools For Kids”, to help families purchase a pool who otherwise can’t afford one. “We give away free pools to families with kids all summer long to keep them cool and smiling . The smallest acts of kindness can have the biggest impact .” the organization’s Facebook page reads.

He also started a Gofundme campaign to raise money for the costs of the pools.
“Ok so we blessed this wonderful family with a pool who were being made fun of the way they were using a truck and tarp . So I now want to bless 10 more family’s with kids in the same way .

To much evil and tragedy going on in today’s world let’s keep those kids mind clear of any evil and keep them cool in this scolding HEAT .

I can fully fund this in a snap but I want my friends and family to unite and be appart of something bigger than what it is . The simplest acts of kindness can have the biggest impact on these young kids . You can sit and read this and do nothing or you can be that person who chooses to do SOMETHING .”
His efforts have not gone unnoticed; the generous man has purchased 51 pools so far, and he has no plans of stopping.’ 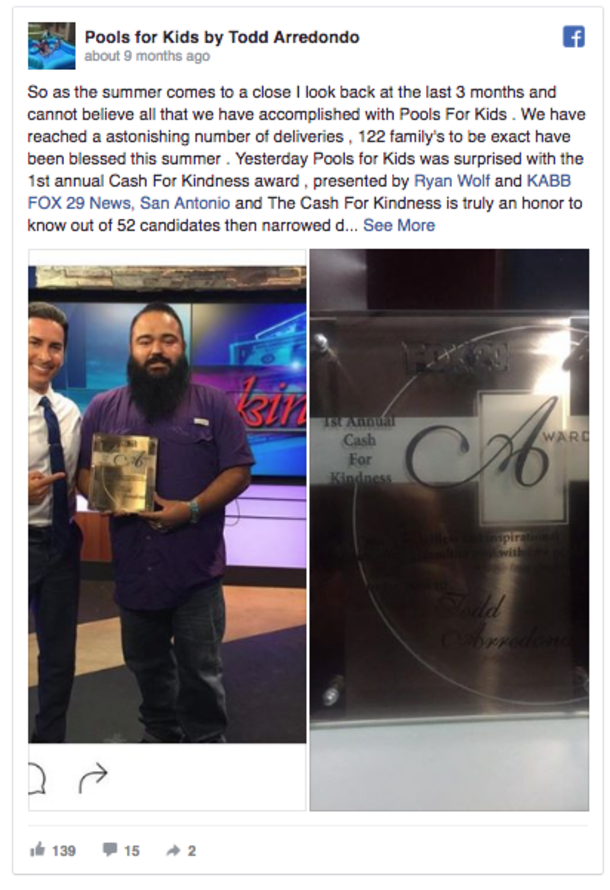 Sometimes, when we encounter bullying or acts of injustice, it’s easy to feel like there’s nothing we can do to make a difference, but Todd’s story just goes to show that the kindness of one person can impact so many lives.
What do you think of this story?