Home » He Heard Father Of 5 Was Killed, So He Brings Christmas Gifts To Victim’s Children 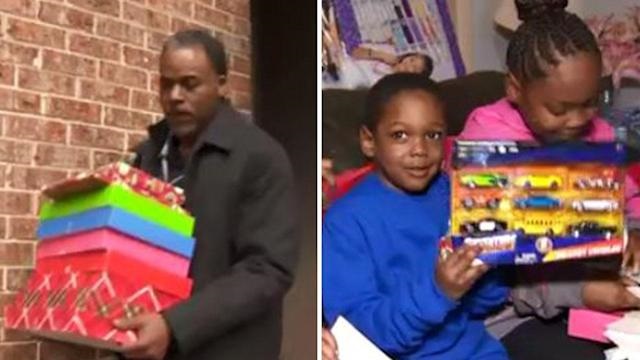 He Heard Father Of 5 Was Killed, So He Brings Christmas Gifts To Victim’s Children

Floyd Miley didn’t know Leondrae Ridley personally, however the news of his death really impacted his life.
Leondrae was shot and killed outside of his residence in Nashville, Tennessee, on November 1, 2017. At the time of his murder, his five children (ages 5, 6, 10, 11, and 13) were sleeping inside of the home.

Aside of the children he left behind, Leondrae also had a fiancée, Stannisha Battle.
Although Floyd never knew who this man was, he felt a need to assist Stannisha and the kids enjoy the first holiday season without Leondrae being there. He said, “To lose a father, provider, protector and then to experience the first Christmas — it’s really terrible.”

Floyd decided he wanted to do something special, so he collected gifts for Leondrae’s five kids and spent his Christmas Day delivering those presents to their front door.

Even though Christmas presents won’t ever bring Leondrae back, it was a small spark of light in a time that has been so dark for his family. Knowing that there are people out there thinking about them — even total strangers — can hopefully help Leondrae’s kids look forward to a brighter future.

Watch the video below to meet Floyd and Leondrae’s family, and please SHARE this touching video on Facebook.