Home » He Opened Fire To Defend His Family, But The Mother Of The Victim Is….. 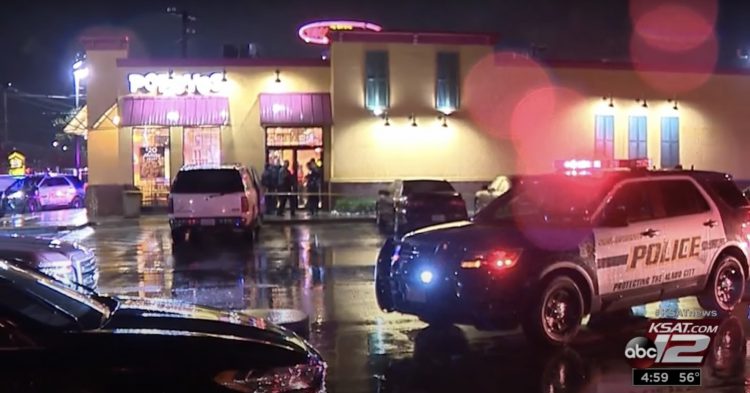 He Opened Fire To Defend His Family, But The Mother Of The Victim Is…..

A father eating a meal with his family shot and killed a robber who threatened him with a gun during a nighttime robbery.

The robbery suspect, 19-year-old Andrew Herrera, was shot to death by a father dining with his family. Now, Herrera’s mother spoke about her son and his struggles with mental illness.

The botched robbery happened on Dec. 7 at a Popeyes Chicken in the 800 block of Southeast Military Drive.

Cynthia Ruiz, a widow, and a single mother said she collapsed when San Antonio police notified her the next day that her son, Andrew, had been shot and killed during an attempted robbery.

The botched robbery happened on Dec. 7 at a Popeyes Chicken in the 800 block of Southeast Military Drive.

“He said ‘yeah mom I love you’ and I said ‘I love you too Mijo,’” said Cynthia Ruiz recalling the last conversation she had with her son Herrera.

Ruiz asked her son if he was coming back later that night and he said “yeah mom.” But the 19-year-old never returned home. 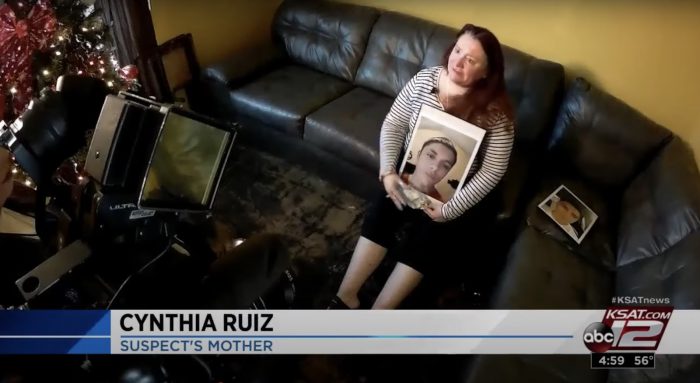 More details of this story from AWM:

Over the phone, San Antonio police told the grieving mother that her son allegedly entered the restaurant wearing a hoodie and a mask. He was supposedly armed with a gun and confronted a man and his family who were eating at the establishment.

The man had told Herrera that he no longer had any money with him because he had spent it all at the chicken joint to feed his family. From the side of his vision, Herrera noticed a Popeyes employee dashing for safety. He panicked and pivoted and held the gun on that fleeing employee. This proved to be a fatal mistake.

Since Herrera had his back turned, the man removed his concealed weapon and fired it at Herrera until the 19-year-old was disarmed and apparently dead. Because the armed citizen had a license to carry a concealed weapon, he was trained to use it in situations like this.

“Here in Texas, if you’re in fear of loss of life, loss of property, you have a right to defend yourself,” a police spokesperson said.

The whole story was heartbreaking for Ruiz. After losing her husband, she had struggled to keep her son on a good path. Although she knew that her boy had problems, she did not think the man had to murder him in the chicken joint. Why didn’t he just disable him and then let the police finish the job with handcuffs?

“Why shoot him four more times?” the grieving mother asked of the man with the gun. “Why did he shoot him five times?” 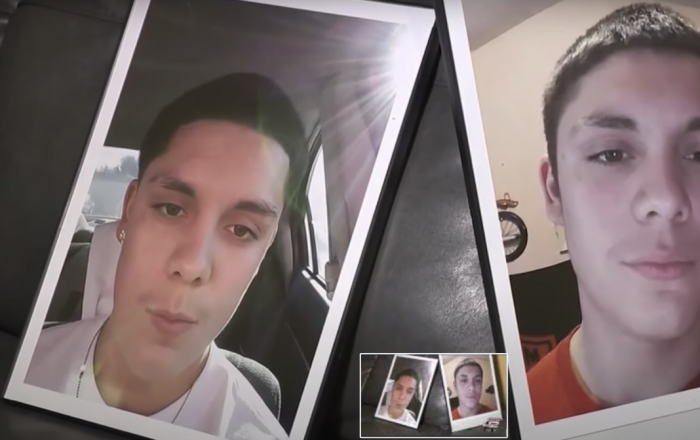 The mother said her son was troubled by mental illness and recently stopped taking his medication. Ruiz believes the father who killed her son could have disarmed him instead.

“He had a license to carry, not to kill,” said Ruiz.

The father was a licensed carrier and isn’t facing any charges. He told police he was protecting his family and others when Herrera began pointing his gun.

Ruiz believes he should be charged. Texas Penal code says a person is justified in using deadly force to protect himself or a third party against unlawful deadly force.

Funeral services for Andres were held over the weekend. The grieving mother plans to spread his ashes after the holidays.

“Nothing can condone what he did,” said Ruiz. “He made bad choices but that doesn’t define who he was.”