Home » He Realized His Pup Stared At Him Every Night While He Slept. When He Finds Out The Truth It’s Heartbreaking! 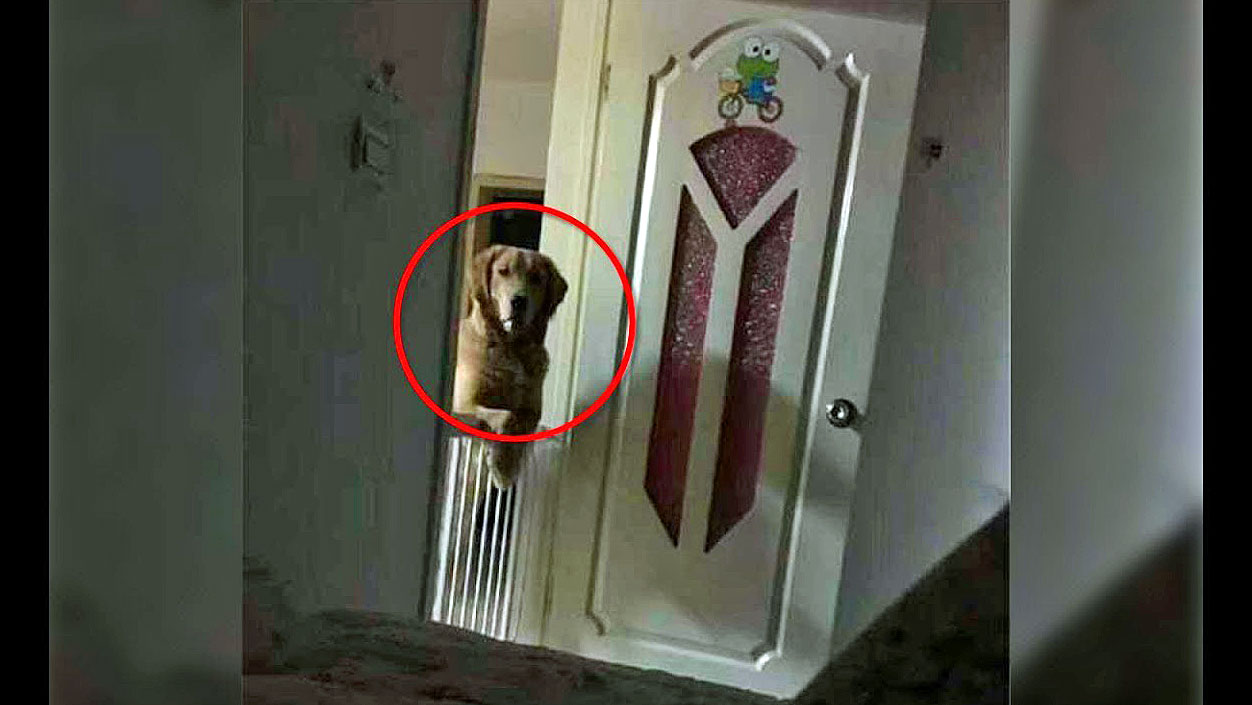 He Realized His Pup Stared At Him Every Night While He Slept. When He Finds Out The Truth It’s Heartbreaking!

Rescuing a dog from a shelter is one of the most selfless deeds you can ever do. Being able to care for an animal, and give them a second chance at life is such a beautiful thing. Not only are you saving them, but they will soon return the favor by being the best friend you could ever ask for. Dog’s unconditional is unmatched and they have heart’s of gold!

In today’s story we feature a man who decided to adopt a dog from a shelter. He drove to the rescue center, got out walked into the shelter and was immediately drawn to this one special golden retriever. He brought the pup home and just knew this was the perfect match for him and his family. Everybody in the household loved the pooch and the pooch loved them all back. He was fully trained, obedient and just an overall delight to be around.

Then one night the guy noticed something strange the golden retriever kept doing every single night. He had gotten a little dog gate so that the dog wouldn’t come in his room during bed time. Many people have these and it’s a great tool to let dogs know what is a dog friendly area of the house and what is not. Anyway, the man realized that every night when he went to sleep, his dog would wait by the gate all night and stare at him from the second he got into the bed, then fell asleep and when he woke up the dog would still be staring.

Initially he didn’t think much of it and thought it might just be because he was slightly uncomfortable in his new environment. Strangely, the behavior didn’t stop, it went on for weeks and then months. Finally the man wanted to figure out what or why his otherwise amazing dog was doing this every single evening. His first thought was, the pup wasn’t getting enough exercise and had excess energy that was causing him to stay up and watch him all night.

In turn, he began to increase his walk and playtime exponentially. The dog of course loved the new level of fun time with his beloved human, but when night came, there he was again, staring all night long. This became a little more concerning to the guy, he now thought maybe the dog had an underlying issue or illness. He brought the golden retriever to a Vet who examined him and did a full work up and everything came back fine. This dog was in great health physically which was great news, but why wasn’t he sleeping and why did he stay up all night staring at his intently.

Since the Vet couldn’t shed any light on what could possibly be going on, the guy went back to the shelter he adopted the pup from and asked them if they knew why he could possibly be doing this every single night. Surprisingly some of the staff had some insight and answer that could potentially be the reason the dog was exhibiting such a strange behavior.

They told him, his old owner’s wife got pregnant and the couple thought it would be way too much work to have a baby and a dog so they decided that they would get rid of the poor golden retriever and bring him to a shelter before the new baby was born. The old owner was crushed because he truly did love this dog but didn’t think he and his wife could handle the full responsibility. He decided to bring it to the shelter. The thing was, he just couldn’t stomach looking at the dog as he dropped him off at the rescue center and walked away.

One day, he waited for the golden retriever to fall asleep in the car. As he was sleeping the man quietly drove to the shelter, brought him in while the dog was still sleeping and left him at the shelter while the retriever was still catching z’s. When the poor dog woke up in a scary new place without his family he couldn’t understand what had happened. He was now alone in a cage, it was scary and there were lots of other strange dogs all around him also in cages.

They figured out that the poor dog, wouldn’t go to sleep or take his eyes off his new family because he couldn’t trust, that this new human wouldn’t just drop him back off at the shelter while he slept. Basically he was too scared to sleep because he didn’t want to get abandoned again! When his new owner put it all together his heart was shattered. This truly was the saddest thing he had ever heard.

That night he got back home assured his sweet dog he would never abandon him, then removed the gate that was blocking the dog from coming into his room while he slept. From now on the wonderful golden retriever could now sleep in the same room and bed as human and hopefully could trust people enough to get some sleep.

The guy posted his story online about his dog’s story and experience. The story quickly went viral and people from all over the world were touched by this one special shelter dog’s story. I dream of a world where all shelter dogs get fur ever homes! I know this golden retriever tore my heart up, as wipe a happy tear off my face as I write this final sentence…. Such a good dog!