Home » Her Landlord Had ENOUGH Of Her Skipping Paying Rent, What He Did Was Absolutely Amazing… 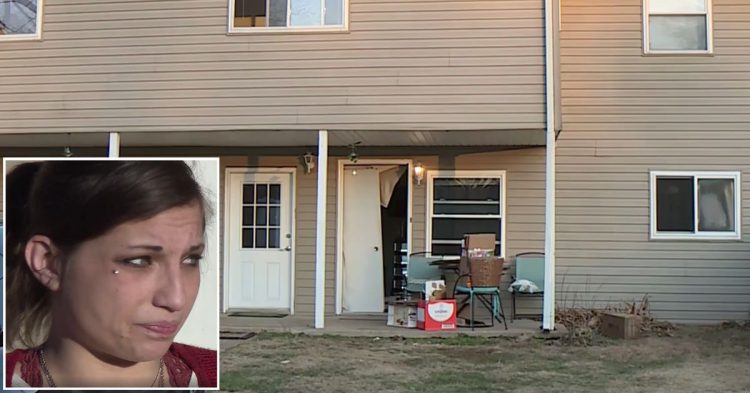 Her Landlord Had ENOUGH Of Her Skipping Paying Rent, What He Did Was Absolutely Amazing…

A struggling single mother arrived home to find her front door was removed after she missed her last two rent payments.

Hannah McGee, a young mother from Fenton, Missouri who lost her job amid the coronavirus pandemic said that her landlord temporarily removed her front door after she fell two months behind on rent payments.

McGee learned the hard way that people are not always kind.

McGee lost her restaurant job due to COVID-19 and is behind on her rent, totaling $1,000 owed to her landlord. She said she’s lived in her Fenton apartment for three years without any issues, and her mom has rented the apartment next door for the last 13 years.

“He’s always been a good landlord. I guess it just took one slipup,” McGee said. “I’ve lived here without a problem, no incidents whatsoever. I’ve been on time every month, but since COVID happened, I lost my job. I was working in a restaurant.”

McGee had to put her closet doors in front of the space where the front door used to be to try and trap heat inside. “At night, it gets definitely really cold,” she said. “It’s kind of unbearable without it.”

While her 4-year-old daughter is spending the nights next door with her grandmother, whom she calls Nana, to stay warm.

Nevertheless, the landlord’s act was disturbing and upsetting for the hard-working mother who has found herself struggling to make ends meet during a tough time in American history.

“I would never be able to do that to somebody, just make things even harder on them, especially with everything going on,” McGee said. She said it is very hard for her to seem happy for her daughter. “My Christmas tree is right next to my door frame where there’s no door. I don’t know how we’re going to open presents on Christmas like that. At least we have three walls… All I can do is find the humor in it and try to get by. I mean, a lot of people go through worse.”

Local attorney Rob Swearingen said that the removal of the front door violates state law, though he added that McGee’s experience is just one of many instances of landlords removing tenants’ services for not paying rent on time.

“We try to call landlords and inform them that they’re violating the law by illegally evicting people. You can only be evicted by a court order and with the sheriff present executing an eviction and right now that can’t be done in St. Louis City and St. Louis County,” Swearingen explained.

“The landlord needs to realize that the landlord has committed a tort and is liable for anything that happens to this tenant,” He added. “It’s more than negligence, its intentional infliction of emotional distress, it’s a violation of Missouri statutes and it’s unlawful eviction.”

A friend of McGee’s launched a GoFundMe page to support her and her daughter. By Wednesday afternoon, the page had received more than $12,000 in donations, far surpassing its original $2,500 goal. 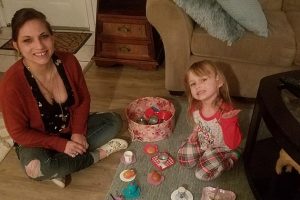 In an update, the fundraiser organizer, Tommy Marler, posted that the landlord “reluctantly gave back the door,” sharing a picture of the door displaying a “Merry Christmas” wreath.

Later, McGee posted an image of herself and her daughter, writing, “Tonight we are able to Celebrate and We couldn’t be happier. Thank You.”

Watch the video report below: