Home » In 1977, Nurse saved a burned baby, over 30 years later she spots a picture on Facebook and freezes instantly 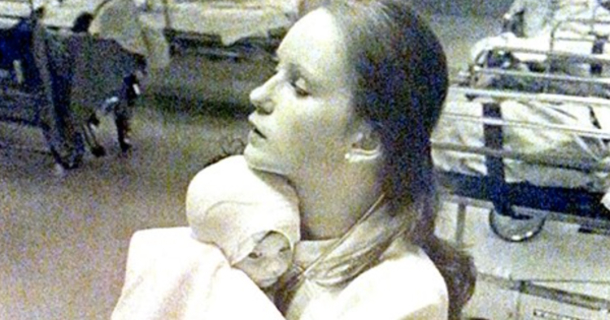 In 1977, Nurse saved a burned baby, over 30 years later she spots a picture on Facebook and freezes instantly

For over 30 years Amanda Scarpinati admired her old black and white photo of a nurse cradling her as a baby.
It was in 1977 that this amazing picture was taken at a hospital in New York after Amanda was apart of a serious accident. Amanda, then just 3 months old, fell from the sofa into a hot-steam humidifier and was left with third-degree burns. In the photo, the little girl’s head is wrapped in gauze as the nurse does her best to comfort her.

Over the next few years, Amanda endured several operations and was bullied by her classmates because of her appearance. Whenever Amanda was having a terrible day, she would pick up the black and white photo of the nurse. It brought her comfort knowing that there was once a person who cared so much about her.

Amanda kept hoping to one day be able to find her guardian angel. She searched for 20 years, and eventually decided to turn to social media for one last try.

What happened next is incredibly heart warming. I just had to share this fascinating story 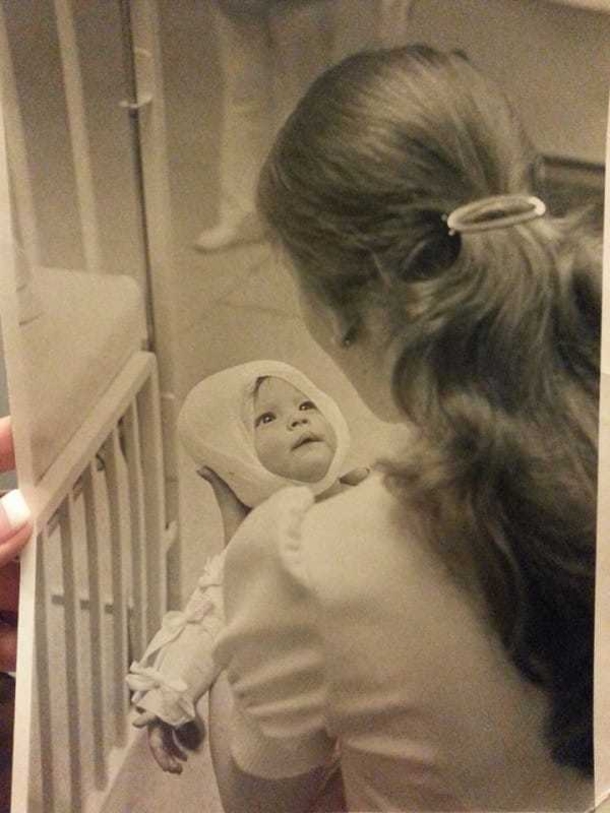 It was 1977 when Amanda Scarpinati, 3 months old, was rushed in an ambulance to Albany Medical Center in New York with third-degree burns. She had fallen from the sofa and into a hot-steam humidifier.

At the hospital she was taken care of by a young nurse. The black and white photos from that year show her holding Amanda in her arms and smiling tenderly at her. 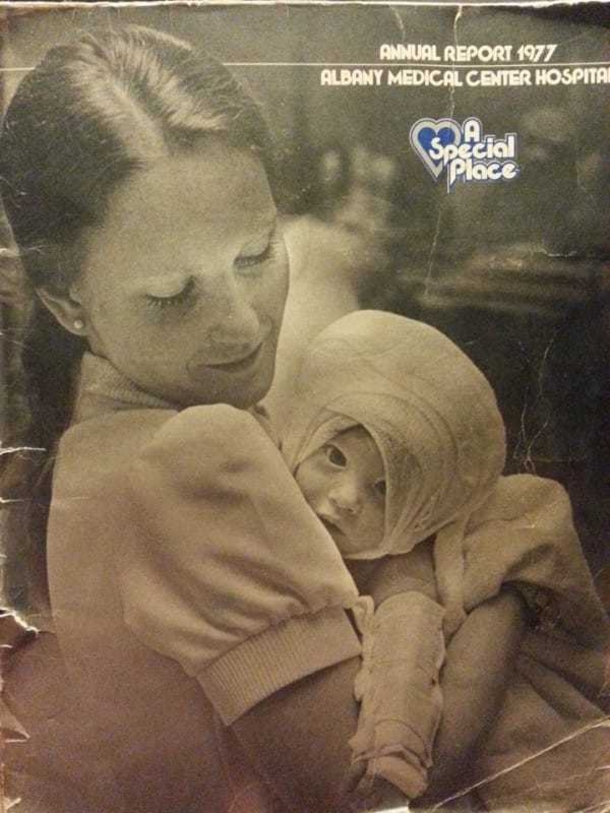 Bullied mercilessly
Amanda recovered from the incident, but sadly she was subjected to endless bullying throughout her childhood because of her burns.
“Growing up as a child, disfigured by the burns, I was bullied and picked on, tormented,” Amanda tells news agency AP. “‘I’d look at those pictures and talk to her, even though I didn’t know who she was. I took comfort looking at this woman who seemed so sincere caring for me.”
Amanda hoped that one day she would be able to find the nurse that had comforted and taken care of her during that tough time.

After a 20 year search, with no luck, Amanda turned to social media. She shared the black and white photos on her Facebook page and wrote: “I would love to know her name and possibly get a chance to talk to her and meet her. Please share, as you never know who it could reach.”

Spread like wildfire
Her post spread like wildfire, and the next day she got the message she had long been waiting for. Angela Leary, who had worked as a nurse at the hospital that same year, recognized her colleague Susan Berger. Susan was 21 at the time and had just finished college. She had also saved the photos and had never forgotten the little girl with the burns.

“I remember her. She was very peaceful,” Susan remembers. “Usually when babies come out of surgery they’re sleeping or crying. She was just so calm and trusting. It was amazing.”

Not long after, the pair had an emotional reunion after 38 years. 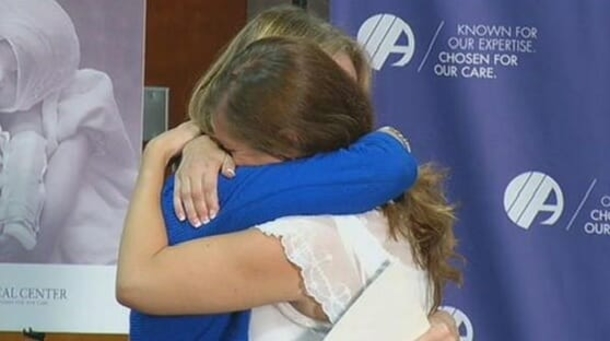 “I don’t know how many nurses would be lucky enough to have something like this happen, to have someone remember you all that time,” Susan says.
“I feel privileged to be the one to represent all the nurses who cared for Amanda over the years.” 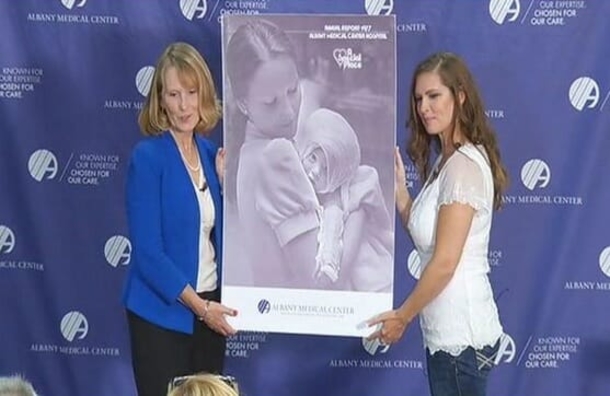 I was so moved when I read this incredible story, especially considering everything Amanda has been through.

Share this story if you think that nurses all over the world do an incredible job taking care of people during the darkest moments of their lives. They are truly wonderful!