Home » Is she guilty? Nurse accused of killing 7 babies appears in court 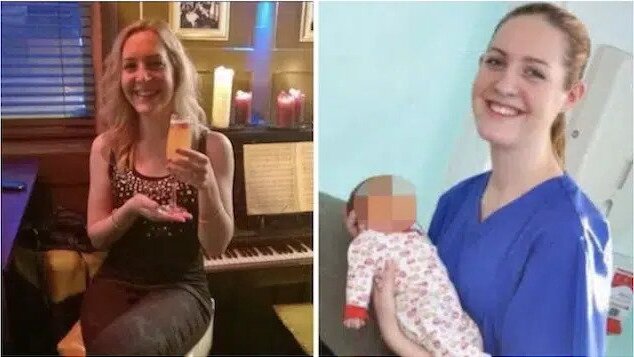 Is she guilty? Nurse accused of killing 7 babies appears in court

Lucy Letby Trial: Hereford nurse accused of killing 7 babies during killing spree at neonatal unit at Countess of Chester Hospital denies all 17 charges against her during court appearance.

A Chester nurse accused of multiple baby murders has appeared in court, where she adamantly denied the charges against her on Tuesday.

Lucy Letby, 32, is accused of murdered five boys and two girls, along with the attempted murder of five boys and five girls, between June 2015 and June 2016.

Letby, of Arran Avenue, Hereford, stood in the dock to confirm her name the UK’s ITV reported.

Prosecutors claim the former star nurse going on a year-long killing spree while working in the neonatal unit of the Countess of Chester Hospital in Chester.

She denies all 17 charges.

If Lucy Letby is found guilty of murdering seven babies, and guilty of attempted murder of a further 10 babies, she will go down as one of the most hated, notorious murderers in all of history. A shocking case, all round. I feel for the jurors.

Her parents, John, 76, and Susan, 62, watched as proceedings were relayed to annexe courtrooms attended by families of the children involved and members of the press.

A court order prohibits reporting of the identities of surviving and deceased children allegedly attacked by Letby, and prohibits identifying the parents or witnesses connected with the children.

The Countess of Chester Hospital, serves communities across the North West, and in parts of Wrexham and Flintshire.

The trial at Manchester Crown Court, adjourned by presiding Justice Goss was adjourned until Thursday 6 October. A jury had yet to be selected. The trial is estimated to last up to six months with the trial anticipated to garner close attention along with questions of how the alleged crimes could have been perpetrated along with scrutiny of hospital procedures.