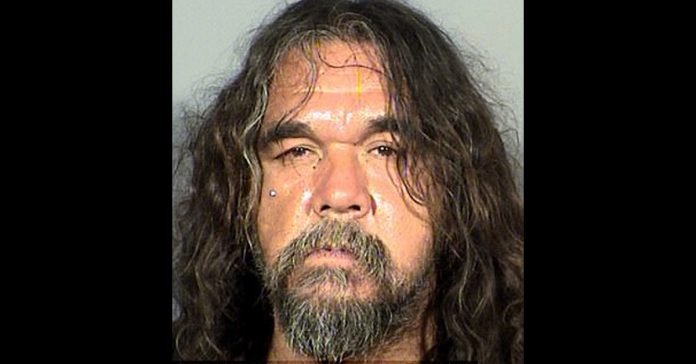 What happens in Vegas doesn’t always stay in Vegas, especially if it is as disturbing as this story.

Joseph G. Martinez, 57, reportedly had sex with a deceased woman in a flower planter box on July 2.

Martinez was charged with one count of unlawful sexual penetration of a dead body.

The woman had no identification and is believed to have been homeless.

A coroner determined that the woman had died two to four hours before Martinez assaulted her corpse.

Martinez is being held without bail at the Clark County Detention Center.

Becoming sexually aroused by either fantasy of or actual sexual contact with a dead body is called necrophilia.

According to Wikipedia, necrophilia is also called thanatophobia and is classified as a paraphilia by the DSM, or Diagnostic and Statistical Manual of the American Psychiatric Association.

There is no current data about the prevalence of necrophilia in the general population, but it is assumed to be rare.

There are sporadic reports of necrophilia throughout history, some dating back to Ancient Egypt.

Many necrophiles only fantasize about the act, but never carry it out.

To become aroused, he murdered his victims and then had intercourse with their bodies.

It is also believed that British serial killer Dennis Nilsen was also a necrophile.