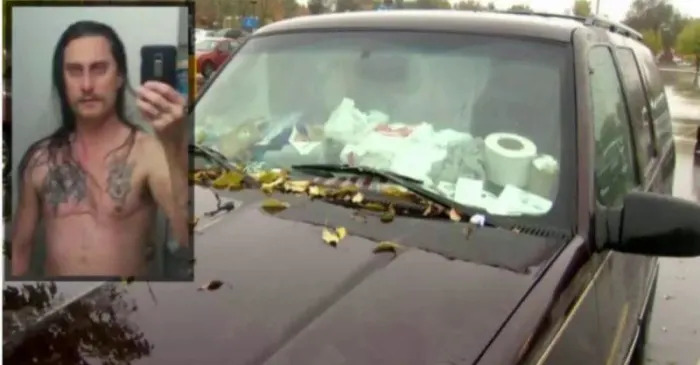 A father who had just moved to Colorado from Oklahoma noticed police officers looking into the windows of his car. What happened next left him stunned.

James Schweikhard moved from Oklahoma to Colorado with his 10-year-old daughter in search of a fresh start.

“I packed up everything that we own in the truck and … we just drove here,” the father said. “It was more of a risk staying in Oklahoma. I couldn’t get a job for anything, couldn’t get a place to live.”

Because of his struggle with finding a job in Oklahoma, Schweikhard and his daughter were forced to live in his Suburban. However, the vehicle had broken down after they arrived in Colorado, so they were sleeping in the SUV, while the father had to walk his daughter to school every day.

The girl’s school became concerned that the father and daughter were living in a car, so they called local police to investigate. Lakewood Police Officer James Butler went to the scene to find out for himself.

The father added, “I’m not used to getting help from cops.”

When Butler heard Schweikhard’s story and learned that he lost his job and his car was dead, he wanted to help out.

Butler and fellow Lakewood Police officers were able to help the father and daughter find a shelter in which to stay. They also had Ace Towing bring Schweikhard’s SUV to Sun Valley Automotive to have it fixed. Both companies happily agreed to donate their services.

“Feels really different to help someone who you know is down on their luck,” said Sun Valley Automative owner Jere Burton.

Officers are also working to help Schweikhard and his daughter find permanent housing. The father is very grateful for the officers’ help.

Readers shared their thoughts on the story on Facebook.

“Once again we have another example of how caring most police officers are!” one reader commented. “His example should be followed by everyone. Because he made a difference in two lives! So did the people that reached out and helped when the officer asked for help. It is people like this that are the traditional backbone of our country and I am proud of them!”

“Oh man thank you everyone for helping this father and daughter,” another user wrote. “Winter is coming and in Colorado it gets darn cold. Hopefully he will be able to get a job and make a real home for the both of you. Keep up the faith and good luck for both of you.”