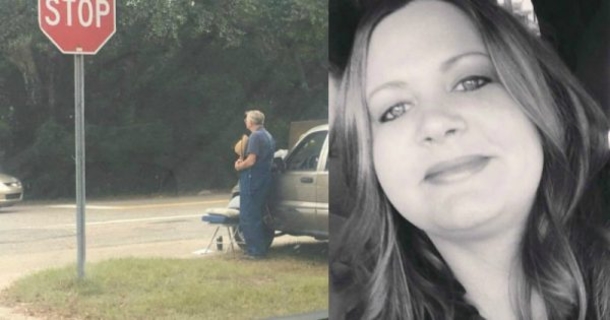 Lone Man Stands At Corner Every Day, Then Woman Sees His Shocking Secret

For over a year, an elderly man named Kenneth has made the corner off Carl Leggett and West Taylor Road in Gulfport, Mississippi his daily post.

He’s a silent staple in the community who has gone unnoticed until one concerned woman stopped when she realized what he had been quietly doing there every day for all this time.

Jessica Pitman passes by this street corner in her small town as part of her daily route, and like others in the area, she has seen 80-year-old Kenneth there, not causing any harm but looking a little out of place. As everyone goes about their business, he goes about his purpose, which passersby missed in their hurry until Jessica snapped a photo of what she saw and brought attention to it on social media.

Kenneth sells small bundles of kindling wood for $5 and waits all day for people to buy them. Regardless of how few and far between sales are, he’s still there, rain or shine, and has been for over a year.

Nobody bothered to stop and ask him why he was so dedicated to this simple cause and spends his time this way, until Jessica noticed what was different this year on his street corner, from the year prior when he was selling wood in the same spot.

According to Jessica’s post on Love What Matters, Kenneth used to sell wood with his wife Helen, who she hasn’t seen for the last few weeks. Curious about why he was doing the kindling wood sales alone, she stopped to ask about the concerning situation.

As one of the only ones in town who bothered to talk to this man, Jessica learned that he had been selling the wood to pay for his wife’s cancer treatments, but she lost her fight a few weeks ago. He continues to sell the wood now after her death to pay for the medical bills which are still there, even though she is not. 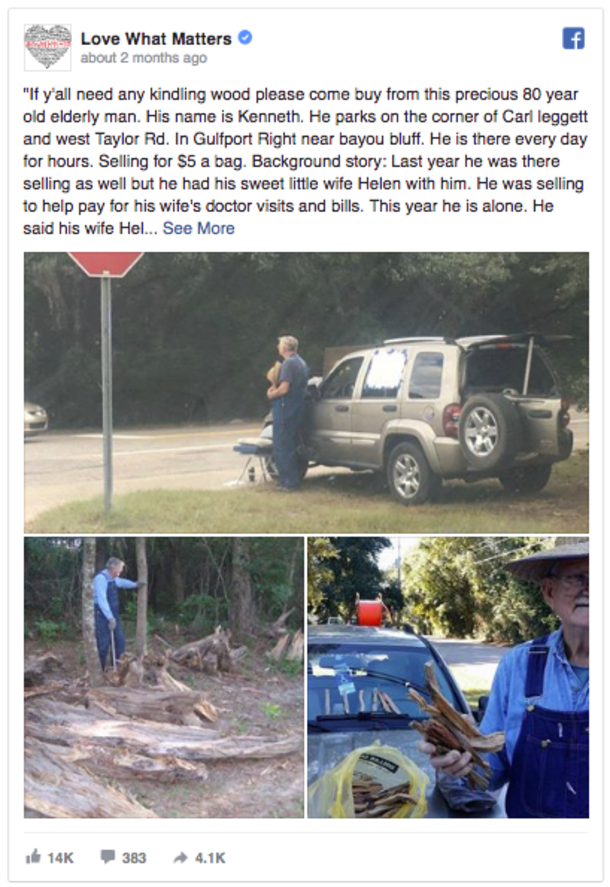 “My heart breaks every time I pass him,” Jessica wrote. “He waves at every single car that passes.” However, there is something else she saw him do there one day that she hasn’t been able to forget. “Friday I was at the stop sign as a funeral procession was passing by and he was standing alert with his straw hat over his heart,” she wrote in her post, urging other people to buy some wood from this man who could really use the $5.

This sweet man is so deeply dedicated to his wife that in her absence, he still stands on the corner daily to sell wood to cover the costs and doesn’t expect a handout from anyone that he’s not willing to work for. Kenneth doesn’t complain about the cost of healthcare or his circumstances. Our country could use more of the “old school” effort and love like what Kenneth showed on that street corner.