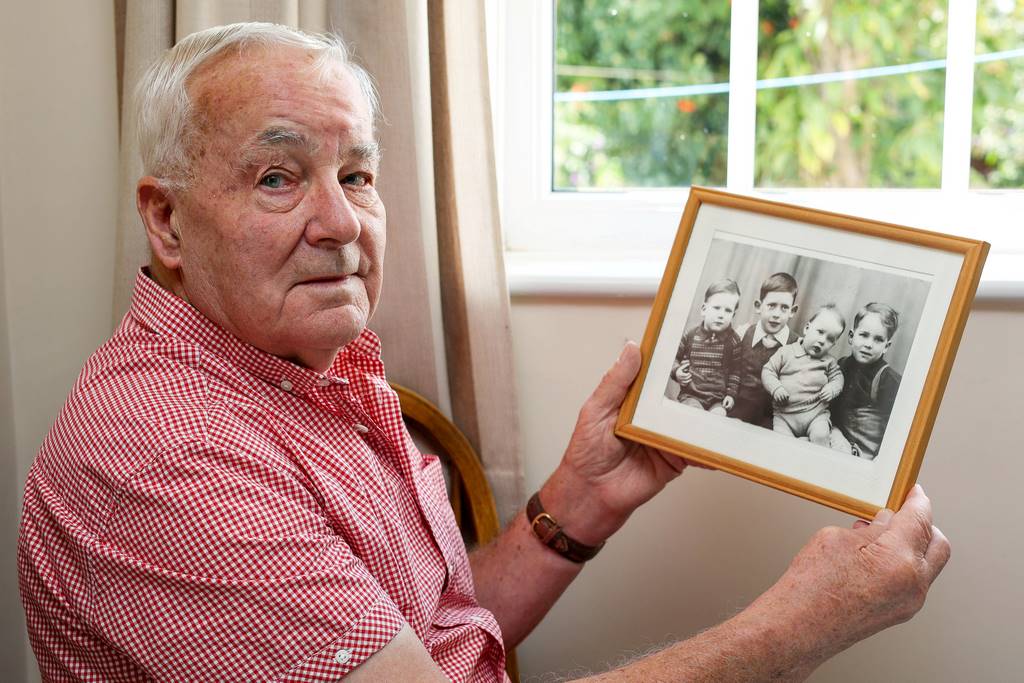 A pair of long-lost brothers who were separated as children in 1945 are to be reunited for the first time after 77 years apart.

Ted Nobbs, 83, and his brother Geoff, 79, have spent more than seven decades 10,000 miles apart after their family was divided up at the end of the Second World War.

Ted, along with siblings Barry and John, were all separated from their youngest brother Geoff after their mum tragically died of cancer at age 30 in 1945.

Their father wasn’t able to cope with caring for Geoff, who was 1 at the time, and decided to offer him up for adoption to give him a chance of a better life.

Geoff moved to Australia in 1951 at the age seven and has lived there ever since, going on to have eight kids and grandchildren of his own.

Ted, Barry and John had all tried several times over the years to find their little brother without any success.

“I did a few searchers,” said Nobbs. “I did the first note in 1994 and then again 2004. We went though Supporting Adults Affected By Adoption, but again there was luck and Barry also tried to find him separately.”

But their luck changed in 2014, four years after eldest brother John passed away, when Geoff tracked down Barry and sent him a letter.

“A letter from Geoff just landed on Barry’s doorstep out of the blue,” said Knobbs. “We were all reunited on a phone call and it was just wonderful catching up. It absolutely crunched me when he found us, I just didn’t think it would happen. There were a few tears shed.”

“He planned to come over to England for my 80th birthday but red tape at his end scuppered those plans as COVID kicked in,” Nobbs continued. “We had the celebrations anyway and there was a big tv in the hotel and [his son] Christopher had got a video from Geoff that he played. He wished me happy birthday.”

The grandfather-of-three took the 22-hour flight on Sunday for the big reunion on his own, as brother Barry was sadly too ill to travel.

Geoff currently lives just south of Sydney and has eight children himself, with his most recent job being working with horses before he retired.

“I haven’t flown for 50 years,” Nobbs said. “I had to get a passport again. It doesn’t worry me, I’m quite happy to go… to be able to give him a hug is going to be wonderful.”

“We’re going to fly from Sydney to the Sunday Islands,” he said, adding he’ll be visiting the Great Barrier Reef as well. “It will be absolute fantastic. I shall be meeting Geoff and his daughter and son. I’ve also got a wedding of Geoff’s granddaughter and I’m invited to the wedding.”

A friend of his son Christopher donated a big haul of Avios flyer miles to help pay for the return leg of the ticket.

“There’s quite a lot to pay for but I will probably never be able to do it again so I thought I’d take the opportunity now.”

JERK Some Tears On Social Media With This Touching Reunion…