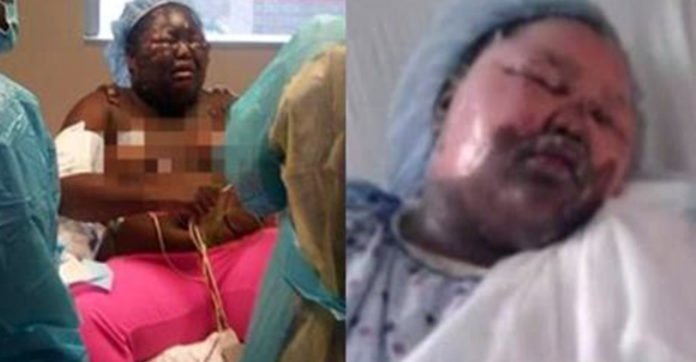 Jamoneisha was rushed to the hospital, and the 12-year-old girl who doused her with the water has been charged with assault. According to reports, Jamoneisha had been sleeping when the water was poured on her upper body.

Jamoneisha is in the intensive care unit and according to the family does not know the extent of her injuries. As you can see in the picture, the color of her skin has changed where the water burned her.