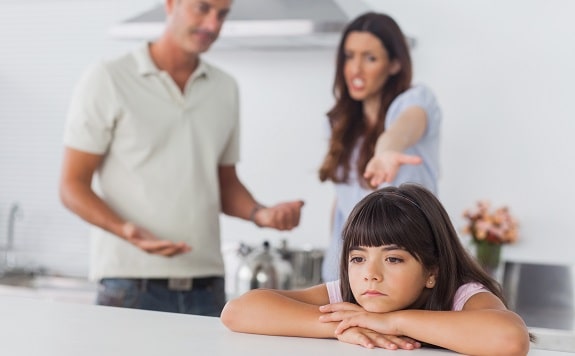 Finding true love is certainly not a walk in the park, especially after a marriage ends with the untimely death of a partner. Recovering from pain can take a long time and, to be honest, one might not be able to marry again. Some lucky cases, do exist, however: a man told his story on Reddit about he found love again and remarried. Unfortunately, however, the relationship between his biological daughter and his second wife’s two daughters quickly turned sour after the wedding. What could be done about this? The man chose to protect his biological daughter.

“I was a widower when I met my second wife 4 years ago,” the man stated on Reddit. “She was a divorced mother with two daughters. I also had a daughter. The three girls are now 13 and 11 (my stepdaughters) and 12 (my daughter),” said the man. Initially, there didn’t seem to be any problem: his biological daughter really liked her father’s second wife and she was quite happy with the idea of ​​having two half-sisters; and the wife’s two girls always showed themselves to be kind and affectionate and this boded well for the future. The only issue was the woman’s ex-husband, the father of the woman’s two girls: “My wife’s ex was a bit of a problem when we met, and it was not easy introducing my daughter to him”, the man stated.

A month after the wedding, however, the harmony of the newly-formed family fell apart. Suddenly, the wife’s daughters started bullying the man’s biological daughter, encouraged by their hateful father.

Both the ex-husband and the girls themselves started insulting the man’s biological daughter (who was only 12 years old). They called her an idiot and made fun of her for being shy. The man, at that point, had to make a choice: “I made it clear that things could not continue like this if we were to remain married and my wife tried everything to make them stop. I sent my daughter to therapy and I did everything possible to keep them apart. But even during the night, they kept making fun of her,” continued the embittered man. Eventually, the man decided to move out with his daughter. The inevitable consequence of this was divorce, since the situation certainly could not continue in this way.

His wife begged him to stay, of course: “She said that she loves us and that her daughters need me too. She told her that my daughter comes first.” The woman’s parents insisted that their granddaughters needed a positive father figure in their lives and that the man should play this role. However, the man replied that the girls “didn’t deserve special treatment”, causing further controversyin the family. Now the man wonders if he has done the right thing or if he could have acted differently.

What do you think of this story?