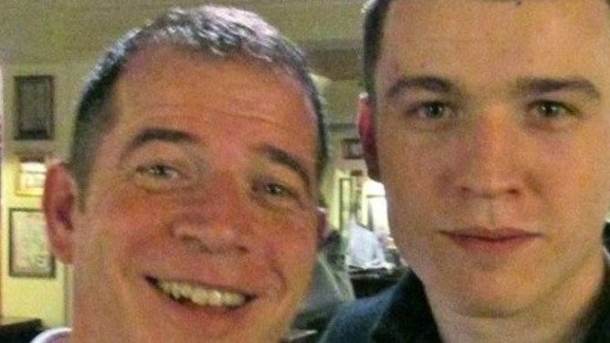 A father committed suicide after he received a letter demanding he pay nearly $17,000 in child support for his son. When he received the order, Ian Sandywell, 45, texted his son Ben, 22, “Delete me out of your life please. I’m going to hang myself.”

When Sandywell’s wife Jo-ann Balsamo came home from work hours later, she discovered his body hanging in the garage, reported the Mirror.
Balsamo said he had called her at 12:30 p.m. asking about the child support.

“He was upset,” she said. “He was crying. He said he was concerned about the amount of money they wanted on a monthly basis, which was ($800). It was stressful for him.”

She continued, “I was surprised how upset he was. We had letters before and he was going to go through the appeals process. By the end of the conversation he had calmed down and we said goodbye normally.”

According to the Mirror, he received the letter from the Child Support Agency informing that he had back payments to make for his son from last November.

An inquest was held to investigate the death. It revealed that Sandywell had also contacted his parents to voice his concerns over the letter.

Sandywell exchanged about 40 text messages with his son that day. His last message, reports Daily Mail, read, “I’m sorry Ben, I love you.”
After Balsamo discovered the body, emergency services were contacted, but they were too late and Sandywell was pronounced dead at the scene.
An autopsy revealed there was alcohol in his body, twice the limit for driving.