Home » Man Had 40 Surgeries To Look Like A Ken Doll, But After A Vacation He Says, ‘Never Again’ 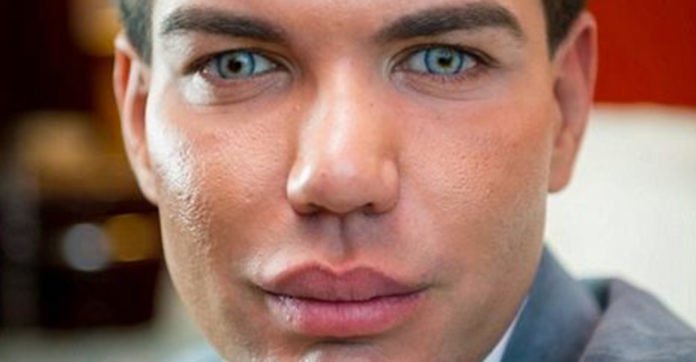 Man Had 40 Surgeries To Look Like A Ken Doll, But After A Vacation He Says, ‘Never Again’

Rodrigo Alves has had forty-three plastic surgeries and earned the name “Human Ken Doll.” Alves, 33, clearly has an addiction to the process, but finally learned a hard lesson and isn’t going to have any more procedures! In April, Alves was on vacation in Spain when he developed a hole in his nose.

Turns out that his body had rejected the tissue from his sixth nose job and the tissue was dying. The emergency room physician in Malaga told Alves that they would have to amputate his nose to save his face! Doctors used cartilage and tissue from his wrist! Watch the video below to learn more about plastic surgery and see Alves after his seventh nose job!

When he returned to his London home, Alves reportedly insured his body for two million dollars. He says he won’t have any more plastic surgery unless it is medically necessary. Share away, people.