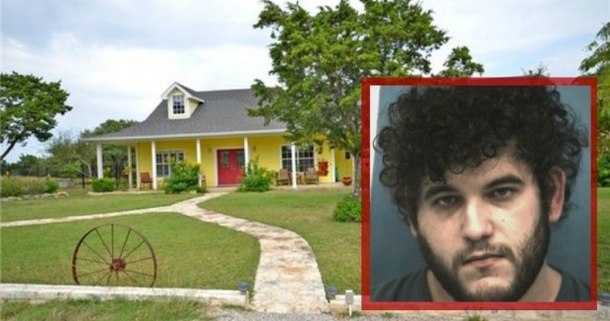 Man Traumatized After Walking Into Unexpected Scene At Mama’s House

Randall Thomas Dorsett rolled up to a rural Texas house that he assumed was vacant and let himself inside. He came into the kitchen from the garage, when he walked into an unexpected scene that left him traumatized for life.

Dorsett has seemingly become accustomed to doing whatever he wants, going where he doesn’t belong and taking things that aren’t his, all because he’s probably had a lot of excuses made for his poor behavior over the years.

But when he went into the Dripping Springs home late Monday night, he was met with something he’ll never forget, and it was long overdue.

Late Monday night, the Hays County Sheriff’s Office received a report of a suspicious person in the driveway of a home in rural Hays County.

The Sheriff’s Office says a mother said she was at her home on Overland Stage Road in Dripping Springs with her three children, ages 9, 14, and 17.

The mom says she saw a man unknown to her exit a vehicle in the driveway and approach her front door, which was locked. The man, identified as Randall Thomas Dorsett, 25, began to move the door handle, trying to gain entry, but he was unsuccessful.

After his attempt to enter in the front door failed, he went around to the garage, where he gained entry into the home. The mother began screaming at him, telling leave the home several times. She told deputies that she became increasingly fearful of the Dorsett’s intentions toward her and her children.

According to KEYE, the bold mother decided to take action against the 25-year-old intruder when he refused to leave, which was a single shot to the gut from her locked and loaded handgun.

Dorsett was air-lifted to Brackenridge Hospital with injuries physicians described as a “through and through” gunshot wound,Fox7 reports. Although he’s expected to make a full recovery, he’s going to feel the error of his ways for some time.

The Hays County Sheriff’s Office said they intend to pour necessary salt into that deserved wound by charging Dorsett with burglary. He’s lucky he’s still alive and should be slapped with a stronger offense than simple burglary, but hopefully that shot to the stomach will sting for a long time.