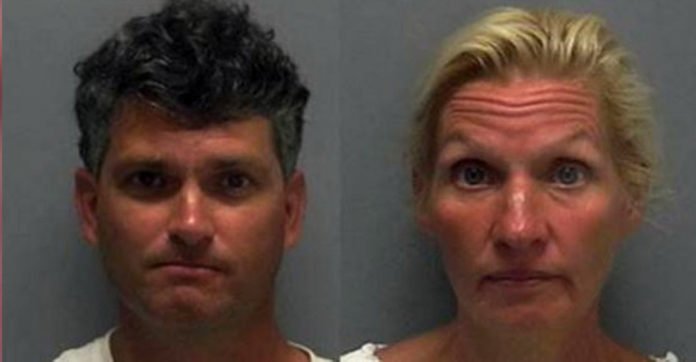 Seven hundred. It doesn’t matter how you see that number – it is unbelievable.

The Spurgeons have been accused of sexual abuse towards their 11 biological and foster children (9 girls and 2 boys).

The Florida couple faces charges in Florida and in Alabama.

The couple was arrested after police saw three teenage girls in their custody drunk.

Daniel remains in custody in Florida while Jenise has been sent back to Alabama to face charges there.

The 700 charges include child abuse, rape, sexual abuse, and other crimes against children.

And to think these people were taking care of foster children.

Isn’t there a system that checks out people before they get foster children?

Some of the abuse that happened under their roof include the foster children being hit with spatulas, being forced to take cold showers, swim laps, and having to do push-ups with either Jenise or Daniel’s foot on their backs.

By the summer, some of the foster children had begun the process of being adopted – by the Daniel and Jenise.

Can you imagine that?

They were going to adopt the children. Their abuse would have continued!

All of the Spurgeon’s biological children are in the custody of the Florida Department of Children and Families.

After the arrests, all of the children were returned to Alabama.