Home » McDonald’s Employees Told to Stay at Home During Store Renovation – Then, Their Boss Does Something Surprising 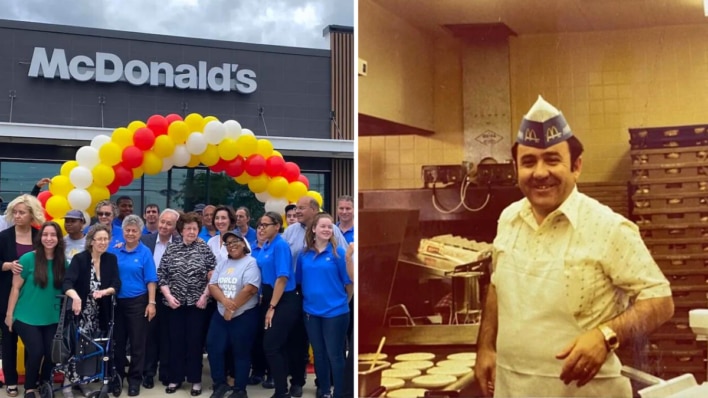 McDonald’s Employees Told to Stay at Home During Store Renovation – Then, Their Boss Does Something Surprising

They say most people don’t quit a job, they quit their boss. Maybe that’s why McDonald’s owner Tony Philiou has such a low employee turnover rate: how he treats his employees is downright magical.

Why a McDonald’s Closed for Three Months

Philiou is well aware of the many challenges of being a service industry worker, especially post-pandemic. That’s why, when his restaurant closed for renovations last March, he decided to continue paying all 90 of his employees their regular wages for more than three months.

“How are these people going to make it without paychecks?” Philiou told The Washington Post about his conversation with himself at the time.

“There was nobody in the world who could change my mind on what I thought was the right thing to do,” he continued. “Whatever they were already earning, that’s what they got.”

The owner conceded it was a big investment, but one that was worth it. “They did not lose a penny,” he added. “If I had to do it again, I would definitely do the same thing.”

The History One Man Has With McDonald’s

According to the store’s general manager, Ed Kocsis, everyone was surprised by their boss’ decision to continue paying them for three months — time that would essentially be a vacation for them.

“Employees were floored, and they were extremely appreciative,” Kocsis told the publication. He admits he wasn’t shocked, though. He has been working at that McDonald’s since he was 15 and saving for college.

He continued working there all through summers and vacations, and when he graduated, Philiou hired him on as a supervisor. He’s been there ever since.

“Our turnover is very low compared with other quick-service restaurants,” Kocsis added. “I think it’s because they enjoy working here, and they’re treated with respect. They feel good working here, so they want to stay.”

Philiou wants to see his employees succeed because he was once a line worker. The man began working in McDonald’s in 1962 when he was paid 90 cents an hour to slice cheese.