Home » Medic Parked Nearby As The Baby Died, Refusing To Save Her Since She Was Sick 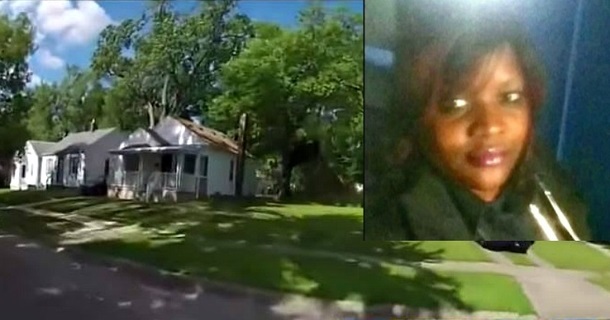 Medic Parked Nearby As The Baby Died, Refusing To Save Her Since She Was Sick

A Detroit mom frantically called 911 after her 8-month-old stopped breathing. Two EMT’s arrived in the vicinity of the residence, but they parked just under a mile short of the home, purposely not showing up to save the baby.

One responder refused to attend to the emergency, expressing a specific desire not to. The baby died as a result, while the medic sat in the car just a couple blocks away.

The child’s mother was desperate for help when she called, but when medics never showed, she took matters into her own hands and performed CPR on the baby, who was in cardiac arrest.

At some point, the child was revived but died at the hospital a short time later, once a separate ambulance showed up to do the job veteran medic Ann Marie Thomas told dispatchers she absolutely wouldn’t do.

According to WDIV, Thomas was sent to the scene, but she told the dispatcher she wasn’t going to do her job for no other reason than not wanting to perform CPR on the child. She blamed her insistence on it being too difficult to deal with the emotional family in distress, while having to potentially perform CPR on the infant for ten minutes.

Thomas and the EMS supervisor went back and forth about the issue on the radio, all while Thomas’ partner sat idly by in the passenger seat of the emergency vehicle that was supposed to be at the family’s home.

Why that person didn’t get out of the vehicle and run to the home, which was reportedly just 0.9 miles (one street) from where they intentionally parked, is perplexing, when their job is to save lives.

The supervisor told Thomas, who was the lead paramedic on the call, “You’re going to have to make patient contact.”
She then told her boss, “I’m not about to be on no scene 10 minutes doing CPR, you know how these families get.”

Eventually, dispatchers got another ambulance to the home, but it was too late. The baby died the following morning, after arriving to the emergency room.

Although it’s unclear what Thomas meant by “how these families get,” there is a good chance she was referring to the type of families that live in the Detroit neighborhood she was called to. But as a veteran medic, she’s not new to the department, and certainly not Detroit, and if the citizens there made her feel uncomfortable, why wouldn’t she choose to work in a different city or state?

Luckily, she may never get the choice of this type of employment again for any area, as she was terminated from the Detroit Fire Department as a result of her refusal to follow through on an urgent call.

Her personal issues with a certain type of people and their potential behavior in a dramatic situation is what likely caused the baby to pay the ultimate price. Thomas had one job to do and so did her partner, who also acted as a coward and should face discipline for their negligence as well. Don’t pursue a career that means life or death for people who rely on you, if you aren’t prepared to show up for what you signed on to do.