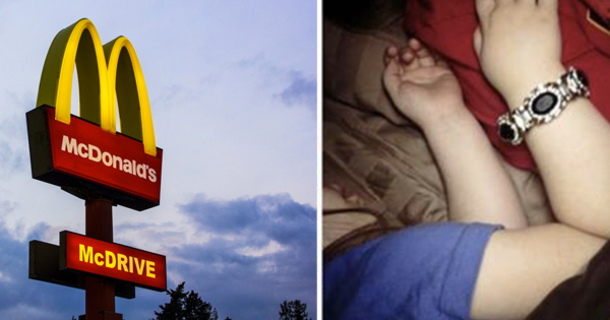 With a toddler in tow, even the simplest daily tasks can prove challenging.

With their favorite word being “no,” favorite food group being ice cream and favorite hobby being temper tantrums, it’s a miracle parents even survive these years at all.

Among the slew of challenges that come with a 3-year-old, trips to a public bathroom might just top the list.

Those overly sensitive flushing sensors are enough to scare a full-grown adult (or maybe that’s just me)—so for a little tot, that watery explosion can be downright traumatizing.

Tiffany Miller was in precisely this predicament when she stopped to use a McDonald’s bathroom with her daughter in Salina, Kansas. They had quite a long drive home yet to Wichita, and mom knew her toddler would need to use the bathroom in order to avoid relieving herself in the car later. We all know a 3-year-old’s bladder doesn’t wait. 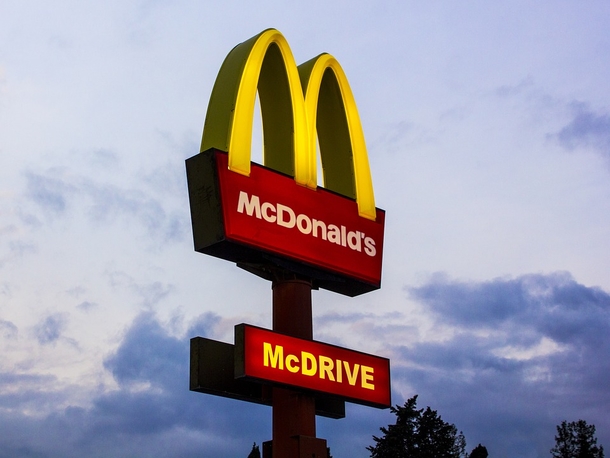 But too terrified that the toilet would flush while she was on it, the little girl refused to go.

That’s when a stranger took note of the situation and decided to lend mom a hand with a bracelet, a mini Snickers bar and a little creative kindness.

Tiffany’s viral Facebook post has now inspired thousands of mamas who’ve been in her shoes. Read her heartfelt message to this bathroom angel in disguise below:

To the Woman in the Salina, KS McDonald’s bathroom:

You heard me as I reasoned with a 3 year old to use the bathroom.

You heard me tell her we had a long drive home and she needed to use the potty. You heard her tell me she was scared the toilet would flush while she was sitting on it. I couldn’t convince her I would block the sensor and keep that from happening. She promised she could hold it and wouldn’t pee in the car.

Then, you stepped in. You told her you would give her a bracelet if she would go potty for Mommy. She perked up and agreed. I turned to quickly put her on the potty (before she changed her mind). You told her the bracelet would be waiting outside the stall for her. I turned to say thank you, but you were already gone.

Outside the stall was a bracelet and a mini Snickers bar.

Her eyes lit up as she put the bracelet on after using the bathroom.

We made it home to Wichita safely and she is currently sleeping soundly next to me…still wearing the bracelet. 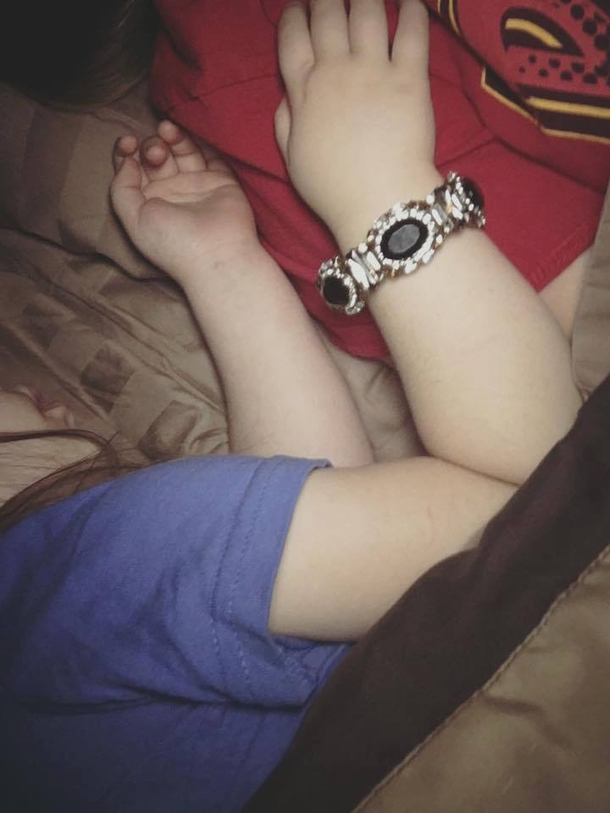 Thank you for your kindness! I wish I could have thanked you in person, but maybe you will see this. If not, hopefully it inspires someone else to be kind like you were.