Home » Mom Buys A Homeless Man Coffee, Then He Hands Her A Note With A Shocking Confession 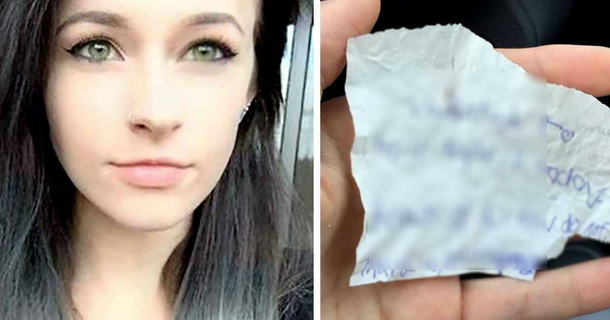 Mom Buys A Homeless Man Coffee, Then He Hands Her A Note With A Shocking Confession

It was a typical trip to the local Dunkin’ Donuts for that mid-morning pick-me-up. Little did Casey Fischer realize, this coffee break would be far different from any other. It would be an experience that would change her life forever.

The in-between-class coffee break is a common routine with Casey. She is both a college student and a mom, and getting a little caffeine boost is a must to juggle both her schooling and parenting.

On this day, Casey noticed a homeless individual sitting nearby her favorite coffee spot, apparently asking for change.

While Casey went inside and was waiting in line, the homeless man entered and began counting his loose change, hoping it was enough for a meal.

Casey decided to make conversation with the man, but he was clearly not interested in conversing. She realized his loose change was only adding up to maybe a dollar’s worth, so she proceeded to buy the man a coffee and bagel. She then invited him to sit at her table. 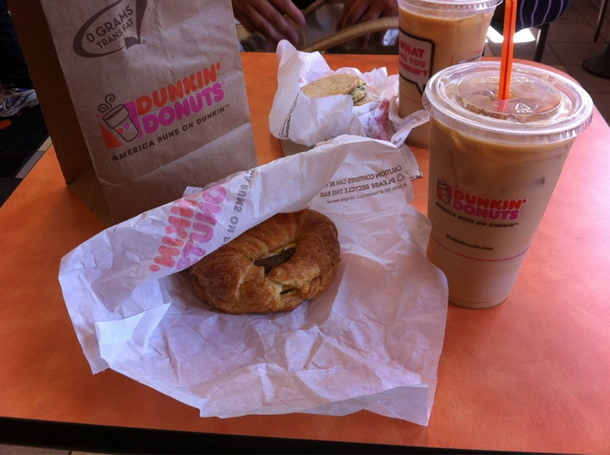 Eventually Casey realized she had to head back to her classes. Chris told her to hold on for just one moment. He then proceeded to take out a crumpled up receipt. He wrote a short note on the paper. He then smiled and gave her the paper receipt. Chris then left the coffee shop. 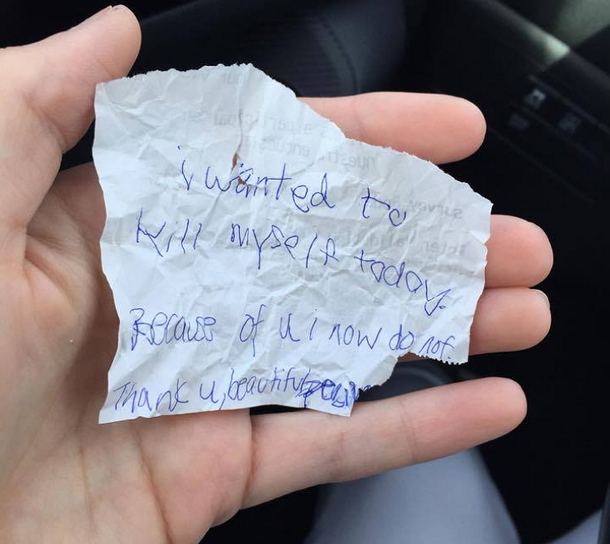 At this point, Casey opened up the paper to read the note that Chris had left. The note contained words that will remain with her forever.
She gasped at what Chris had written:

“I wanted to kill myself today. Because of u I now do not. Thank u, beautiful person.”
Thanks to Casey’s kindness, going out of her way to not just purchase a meal for someone in need, but actually sit down with that person and listen, some real change had occurred and one man went from suicidal to hopeful. All over a bagel and coffee.

Casey shared her experience on social media, no doubt hoping to inspire and show others how important human interaction is, espcecially for those in need. 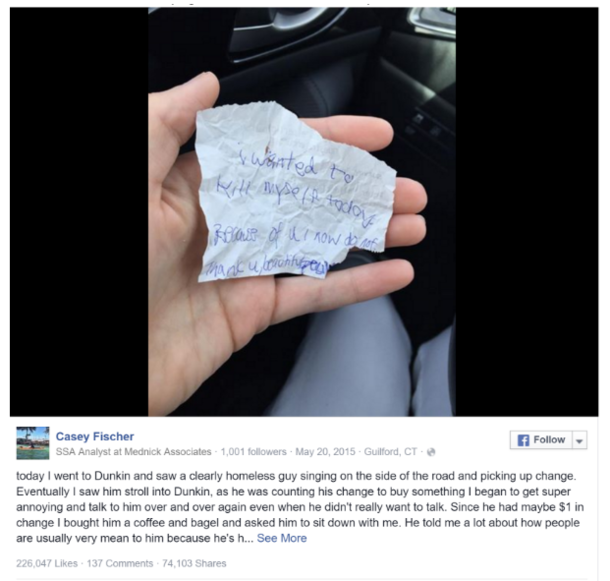 Initially it was just friends and family who saw Casey’s post. Then a group called Love What Matters shared the post on their page and viral it went, gathering hundreds of thousands of likes and shares. 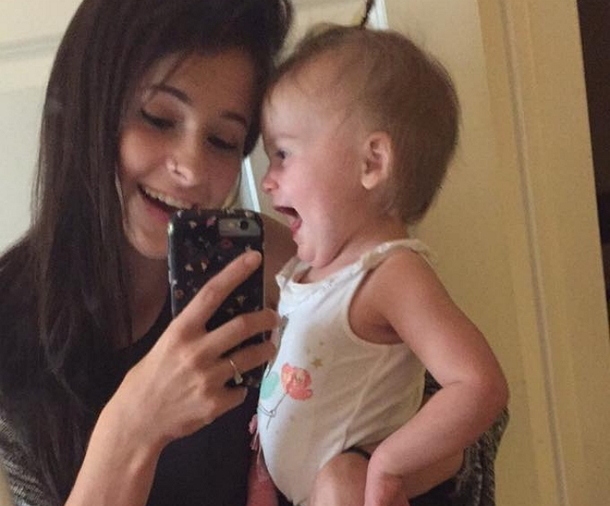 It all goes to show how important the simple things in life are. The friendly gestures, polite conversation, and taking the time to listen to others. True acts of kindness can definitely change the world!