Home » Mom discovers a boy in bed with her teen daughter; what she does next has the boy “Vomiting” in terror 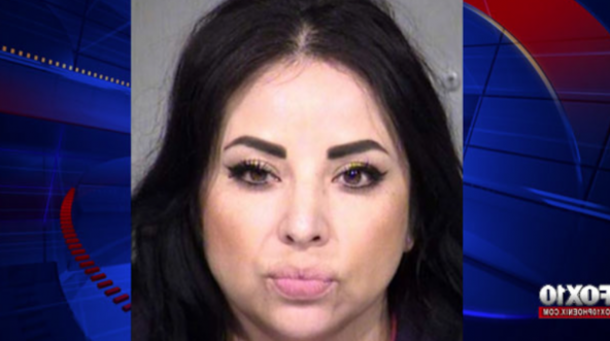 Mom discovers a boy in bed with her teen daughter; what she does next has the boy “Vomiting” in terror

Parents are almost always protective of their children, but sometimes that protectiveness goes too far, and they end up doing something that gets them locked up.

According to KSAZ-TV, one mother crossed the line when she spotted a boy in bed with her teenage daughter.

Jeanette Woods, the two 16-year-olds’ mother, caught them in bed together at 1:00 a.m., after they had fallen asleep following consensual intercourse. The mother became enraged and began striking the boy in the face repeatedly.

The boy claims that Woods straddled and repeatedly punched him. Somehow the boy broke free, but the mother chased after him, continuing her assault.

After a number of well-aimed punches, the boy began vomiting profusely, at which point Woods stopped attacking him but promised that more pain would come because she was “going to get her cousins to take care of him.”

She didn’t stop there. The boy had parked the car he used to drive to the girl’s house nearby, so Woods took a baseball bay to the car, causing over $5,000 worth of damage.

She also moved the car down the street using keys the boy left behind. The police were called after neighbors reported seeing the car.
Woods has been charged with criminal damage, assault and unlawful means of transportation.
She sure taught that boy a lesson about fooling around with her daughter. Although given what she did to the boy, one can only imagine what she might have done to her own daughter.