Home » Mom does a DNA test to prove the newborn’s face is not her own after recognizing it as such. 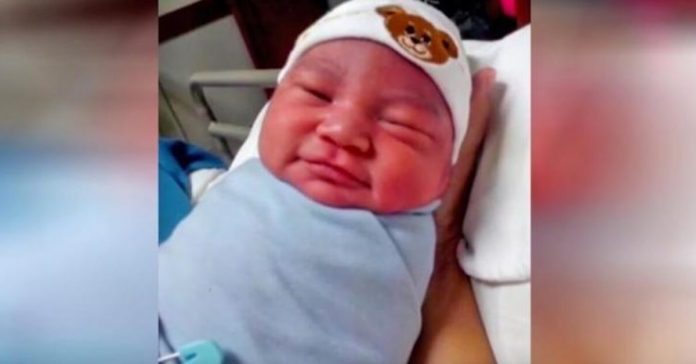 Mom does a DNA test to prove the newborn’s face is not her own after recognizing it as such.

As anyone who has worked with children in some form or another will know, there are a lot of things that can happen to a pair of expectant parents that can break their spirits.

Most of these possible scenarios often pull from some kind of loss of the child, or the child being unable to live their life to the fullest in some way. There is, however, another option that most people think only exists in movies and cartoons – what if the child you are given after your long, arduous childbirth isn’t actually yours?

This Christian missionary couple, a British man named Rich Cushworth and his Salvadorian wife named Mercedes Casanellas, were expecting to be the proud parents of a healthy young son that was to be delivered in May 2015. While in her homeland in El Salvador with her husband, Casanellas was informed by her doctors that she had to undergo an emergency cesarean about five weeks before her actual due date.

At the time, Cushworth was unavailable for a month, so she had no other person to support her and had to undergo the procedure alone. The procedure was a success – she had delivered her baby with no further complications.

After holding her son for a while and giving him a kiss, the boy was whisked away into the hospital nursery for an overnight stay.

Unknown to her, the first time she laid her eyes upon her son would also be the last she saw of him for the next nine months. The next afternoon, she was given a baby by the nurses.

Despite her insistence, the hospital held its ground over their claims.

As a result, Casanellas went home to Texas in the United States with her husband and a baby she was told was her son. However, she remained suspicious and got a DNA test performed on the boy.

Her instincts proved correct – she was not the mother, and the baby boy was not related to her or her husband in any way.

Determined to find their actual child, the couple returned back to the Latin American country. There, finding her actual son and returning the baby they had taken was simple enough – a DNA test with all the other new mothers that were sharing the same ward as Casanellas revealed the baby’s true mother easily.

Instead, the actual work was in trying to bring their son home.

For nearly a full year, the couple fought tooth and nail for the right to claim their son as their legal child.

Although the DNA test was conclusive, the Salvadoran bureaucracy made trying to sort out the paperwork hell for the parents.

It wasn’t until British-applied diplomatic pressure did a judge finally allow the baby to be legalized as the couple’s child.

As of present, the charges against the doctor responsible for the mixup have been dropped, and the Cushworths are back at home with their baby safe and sound in their arms.