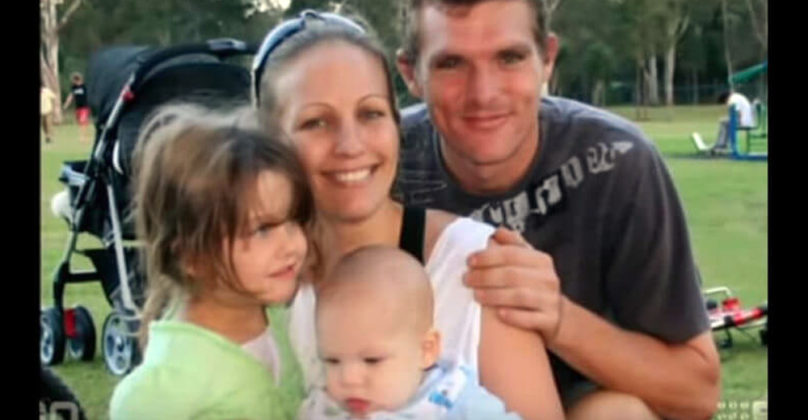 Rachel Moore, an Australian woman from Brisbane, had married a man named Daryl. Even though she already had three children from her previous marriage,

she and Daryl had an additional two children of their own. At first glance, they all seem to be a happy family.

What Rachel did not expect from her husband was an attack from him.

As Rachel’s previous marriage had also ended because of domestic violence, she kicked Daryl out of the house.

For their children’s sake, the couple were on friendly terms for two years. However, on 11th April 2014, Daryl drove to Rachel’s house when she was at home with the children.

Rachel had known that it was Daryl and that he was intoxicated. When he burst through the door, Rachel had seen the shotgun in his hands and hid the children away in the bedroom. Daryl fired the gun at Rachel, injuring her arm and caused her to lose consciousness. But before Daryl reloaded, two of the older boys tried to stop him.

After Cameron took the gun outside, both Jayden and Cameron then started to hit Daryl and choked him until he was unconscious.

Thanks to their martial arts and fighting choreography lessons that they have learnt two weeks ago, they were able to prevent Daryl from harming anyone else.

Rachel was taken to the local hospital for treatment due to her injuries.

She has since made a full recovery from the attack.