Home » Mom Nervous About How Homeless Man Is Acting, Then Girl Sees What’s Beside Him 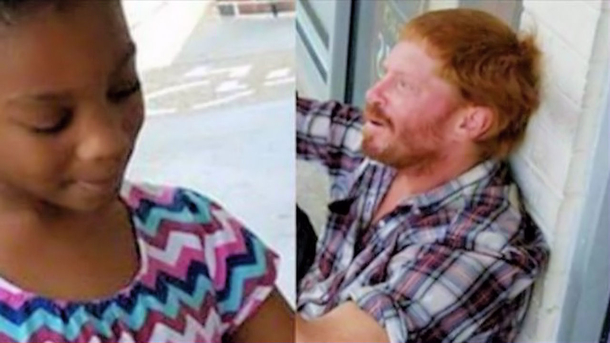 Mom Nervous About How Homeless Man Is Acting, Then Girl Sees What’s Beside Him

Kenyatta Lewis was leaving the store with her little girl when they passed by a homeless man sitting right outside the door. Nervous about the way he was acting, the mother tried to hurry her daughter past him but didn’t make it too far. The girl broke away from her mom and went back to the man when she saw something that her mother had missed.

From the second the girl saw this white guy outside the store, she wanted to know what was wrong with him and why he was there. Most importantly, she wanted to know what he seemed so upset about. Assuming that this was just another vagrant down on his luck who was realizing the gravity of his situation, Kenyatta simply passed it off to her innocent little girl that perhaps this man was just sad. However, that answer didn’t sit well with the perceptive child, who couldn’t get over seeing this grown man sobbing on the sidewalk.

Kenyatta stood by and watched her daughter, and the mom was floored at what happened next, which she didn’t expect. The little girl saw what was beside him and revealed something to her mother. In a social media post, the mom recalled that after she told her daughter that the man was probably just upset, she said, “Maybe he’s hot and thirsty,” then immediately approached him and shocked the guy with what she said. “Hi, sir be happy it’s a nice day it’s not raining. Are you hot? Why don’t you go home the ground is dirty?” she wanted to know.

“He says, ‘I have no home but I will be ok,’” Kenyatta recalled of his response when she saw something come over her little girl. “She looked at him with the saddest face and goes ‘so that means you’re homeless. So you have no food because you have no refrigerator.’”

Seeing a pile of his things sitting beside him and knowing he had nothing to eat and no money, the child reached in her little purse and gave him the few dollars she had been saving, along with the drink her mother had just bought her. “Please go eat. It would make me happy. I like McDonald’s you should go there,” she said as she handed him her allowance money. 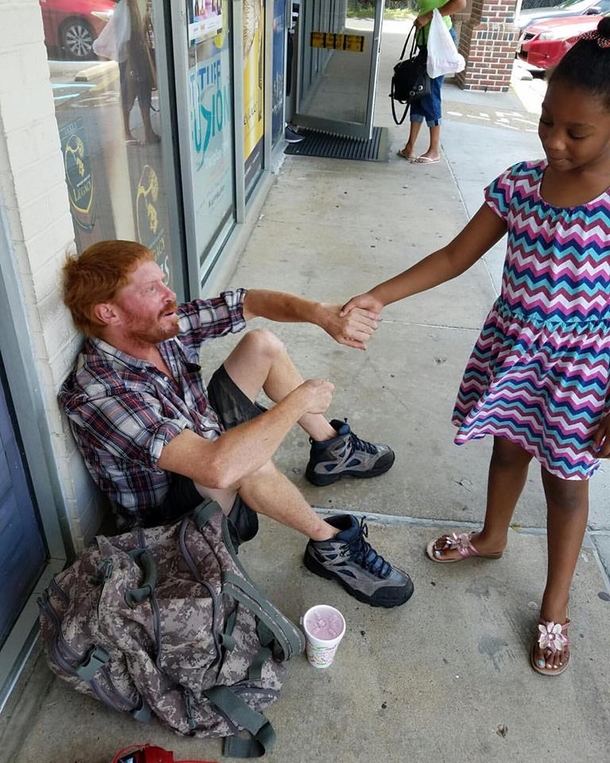 “I could tell she made his day,” Kenyatta wrote, but then something incredible happened. One child’s generosity inspired kindness in two adult passersby who gave the homeless guy money as well because of her example. The mother and daughter decided to spend some extra time with this guy, getting to know him and just being what he needed most — a friend. They learned that his home had burned down and he lost absolutely everything, including his wife, in the blaze.

A 6-year-old girl led by her own example that morning, but more importantly, she taught her mother a lesson she didn’t know she needed. “Kids see no color and that’s exactly how it should be,” the mother said. “It’s not just a statement saying that the children are our future, it’s a FACT. That gives me a little more hope for the world.”