Home » Mom Tosses 2-Month-Old Baby Into The Woods, Then Says Something Unthinkable To Her Family 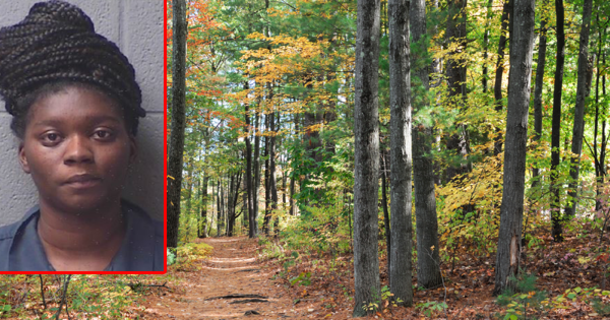 Mom Tosses 2-Month-Old Baby Into The Woods, Then Says Something Unthinkable To Her Family

A mom in South Carolina has been arrested after she allegedly threatened to kill her 2-month-old baby before throwing the child into a wooded area.

According to WIS, 24-year-old Zapporah Sutton has been denied bond after being charged with unlawful neglect of a child or helpless person.
The chilling incident reportedly occurred on Thursday, when OCSO officers arrived at Sutton’s home on Redberry Drive in Orangeburg County.

According to Orangeburg County Sheriff Leroy Ravenell, frantic family members called 911 after Sutton started behaving erratically.
The family members who placed the call reportedly told authorities that Sutton had just thrown her 2-month-old into a wooded area nearby.

When investigators arrived to the scene, OCSO Special Operations unit reportedly found the tiny baby scratched and “covered in sticks and leaves,” according to the incident report.

“This individual was still struggling with my officers, trying to get at her children even after throwing her two-month-old daughter into a wooded area,” Ravenell said later.

Authorities reportedly attempted to talk to Sutton, but she immediately explained to them that she felt like she would kill the infant if she wasn’t taken away from the location as soon as possible.

Once she was detained by the officers, Sutton continued trying to escape from her restraints and made even more threats about killing her child, according to authorities.

The Department of Social Services has since been contacted, and the baby is now in the care of a responsible family member.