Home » Mom Wakes To Baby Screaming, Barely Makes It Down Hall Before It Hits Her 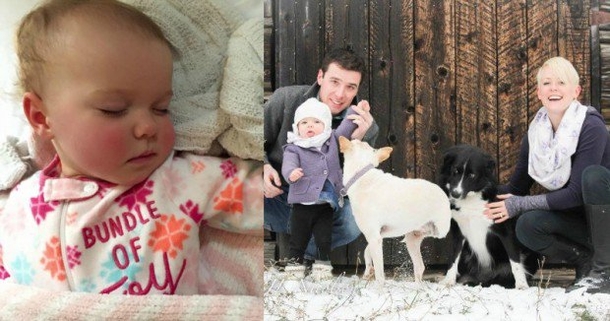 Mom Wakes To Baby Screaming, Barely Makes It Down Hall Before It Hits Her

Monique Ruppel woke to her baby girl screaming, which was an unusual occurrence for the child who typically sleeps through the night. When the crying wouldn’t stop, the concerned mother got up to see what was wrong. When she walked out into the hallway, it suddenly hit her, causing her to fall on the floor.

In a Facebook post about the incident, Ruppel said that her daughter Celia wakes once per night with a little whimper, just needing a cuddle or bottle. But this time was entirely different — she was crying an unusual inconsolable scream. Ruppel got out of bed and barely took a few steps out of the door, when she was overwhelmed with vertigo and fell to the floor. Her husband Kyle woke, sensing something was wrong.

Both parents described feeling nauseous, dizzy, and that their eyes burned so bad that it was hard to see. They made it to Celia’s room down the hall, right in time to pick her up before she began vomiting. As Ruppel held her sick daughter, the cat collapsed at the mother’s feet, and Kyle was in the other room packing a bag and calling his parents, IJ Review reported.

Kyle’s parents arrived to the home to help, calling emergency services in their Canadian town, which the father should have done, but apparently he couldn’t think straight. The parents and their baby girl were rushed to the hospital, after it was determined that they had all suffered carbon monoxide poisoning. If Celia hadn’t begun crying right when she did, all three would have been found dead. 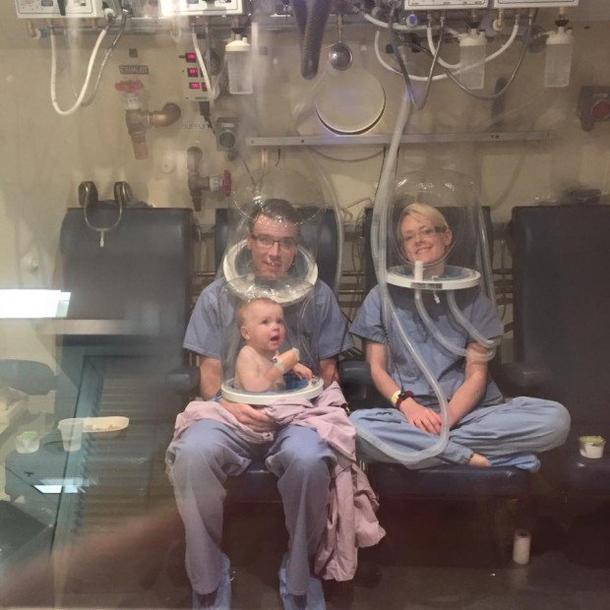 After spending 7.5 hours across three sessions in a Hyperbaric Chamber, the Ruppel’s are back to better health, and all are expected to make a full recovery. Little Celia may never fully understand the extraordinary thing she did late that night, but she saved her entire family by simply crying.

The mother hopes that their incredible story serves as a reminder to be sure that your home’s Carbon Monoxide detectors are all in working order, unlike theirs. This family was exceptionally fortunate to have been saved by a baby’s cry, after God used the smallest one in the house to perform a miracle.