Home » Mom Wakes Up To Find That Toddler Is Not In Bed With Her. After Searching Everywhere, She Finally Calls 911. Hours Later, They Make A Shocking Discovery Outside 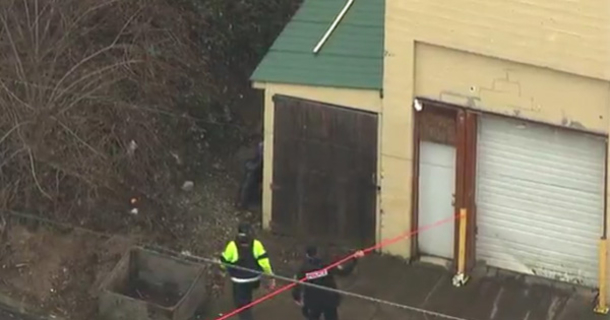 Mom Wakes Up To Find That Toddler Is Not In Bed With Her. After Searching Everywhere, She Finally Calls 911. Hours Later, They Make A Shocking Discovery Outside

Police in Oregon are reminding other parents to set up safety precautions with their small children after a toddler was found hiding in a blackberry bush just two blocks away from home.

According to KOIN, a Mountain Wave Search and Rescue K9 found the little boy on Saturday after his frantic mother reported him missing.

The toddler’s mother explained to police that she realized her baby was missing when she woke up around 6 a.m. and noticed that he was not in bed with her.

According to KOIN, the terrified mom described her son as a “very mobile” toddler during the search.

Authorities say that K9 Ava finally discovered the little boy hiding in a blackberry bush about two blocks away from his home around 11:45 a.m.

“She dragged me right in there,” Becky Irving with Mountain Wave said.

According to Irving, K9 Ava is trained to sniff out the freshest human scents that she can smell.
After the toddler was rescued, he was reportedly rushed to a nearby hospital, where he was treated for exposure and scratches, which he got from the bush he was found in.

Police say that after the baby was released from the hospital, he was placed into protective custody.

According to authorities, a court hearing is scheduled for Tuesday to determine the next steps for the parents of the toddler who went missing for several hours.

It still remains unclear exactly how the little boy got out of the house by himself.
“This is just a really good reminder for parents out there, if you have little ones, get those child locks,” Sgt. Jeff Helfrich said. “Put those on there. Pay attention to your kids if they wander around because these things happen.”

Helfrich revealed that the little boy was extremely attached to the officer who pulled him from the bushes.
“The officer took his coat off and gave it to the child and actually went with the child to the hospital,” Helfrich said. “The child didn’t want to let go of the officer.”

Joy Pearson, a spokesperson for Hoot-n-Annie children’s store in Hillsdale, said she hopes this incident can help remind parents to make their homes safe for their small children.

According to KOIN, plastic protectors for cabinet latches can be purchased for just a few dollars, and a baby monitors is always a good idea for parents of small children.