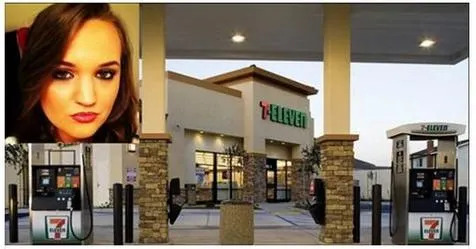 A North Carolina mother had just pumped the last bit of gas she could afford when someone came up to her car and knocked on the window. What happened next left her stunned.

Kat Harmon had just pumped her last $6 worth of gas at a Huntersville 7-Eleven, according to the Charlotte Observer. Feeling desperate, she had to sell her son’s stroller to pay for the gas.

At the gas station, her son asked her for chocolate milk and she had to refuse “because I didn’t have enough money.”

Then, just as the mother and son were about to drive away, someone walked up and knocked on Harmon’s window. It was Huntersville Police Officer Thomas Bautista.

“‘I saw you were paying in change and only put a small amount in your car,'” Hartman recalled the officer saying to her. “‘I told myself I was going to do something good for someone else today, so I’m going to fill up your tank.'”

Hartman broke down in tears.

She later wrote on Facebook, “Not all cops are bad! This was amazing. I can’t thank him enough.”

Sharp added that the incident is very representative of the kind of person Bautista is.

“He’s just one of those guys who goes out of his way to help people,” Sharp said.

Readers shared their thoughts on the story on Facebook.

“Wow, another police officer helping out a person in need,” one reader commented. “Actually, he is indicative of most police officers. They don’t join for the big pay (bet they wish the pay was bigger) they join up because they honestly care and want to make a difference. We can be PROUD of our police officers! It is about time that we, the people, try to spread more stories like this and protect their backs too. They may be scared but they do not let fear stop them from doing their job! I for one am thankful for each and every police officer! Thank you for your service!”

“It’s so nice to hear and see what the majority of officers do to help the general public,” another user wrote. “The only people that seem to complain about officers are the wrong doers in our society (no doubt out of guilt)”