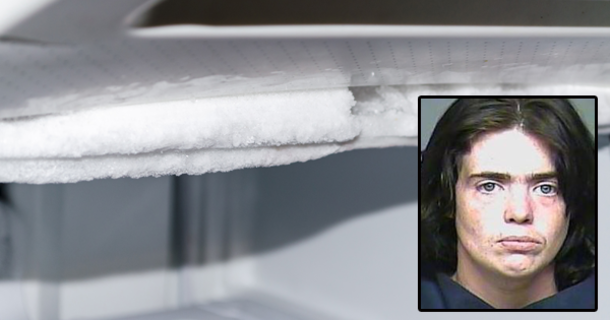 A mother who admitted to killing her 4-day-old son by locking him in the refrigerator for three hours will be home for Christmas.

Back in February, 27-year-old Angela Blackwell sealed her infant son inside of a refrigerator for three hours, killing him.

Although Blackwell did eventually seek medical attention for her son, William, the baby had already succumbed to hypothermia.

Regardless of the confession Blackwell gave authorities nearly a year ago, her husband, Jeffrey Lewis, continues to insist that she did not kill their baby.

The couple also has a 3-year-old child that was taken away by social services after Blackwell was arrested.

According to The Herald, Blackwell, who is currently being held on murder charges, will be let out on bond just in time for Christmas.

Blackwell’s attorney argued in court that Blackwell is mentally disabled and deserves to be let out on bond.

If convicted of the murder charges against her, Blackwell could spend up to 20 years in prison.