Home » Mother of 2 dies in her sleep on flight in front of children and husband: ‘Extremely traumatizing’ for family 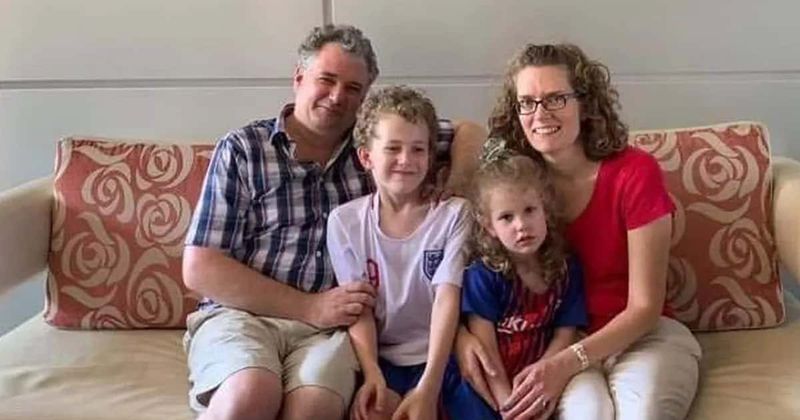 Mother of 2 dies in her sleep on flight in front of children and husband: ‘Extremely traumatizing’ for family

A woman fell unconscious and later died on a flight from Hong Kong to the UK in front of her two children and husband on August 5.

Helen Rhodes was moving back to the UK with her family after more than 15 years in Hong Kong and was traveling with her husband, Simon, and two children, Nathan and Emma.

The plane stopped in Germany where Rhodes’ body was left in Frankfurt while her family had to travel the rest of the way without her. This would have been the first time since the coronavirus pandemic started that the mother of two would have visited her family, reports The Guardian.

She was discovered unconscious merely hours into the flight and shortly died. Unfortunately, she never got to meet her family and aging parents who she was excited to meet after a long time away from home.

Describing the loss as unimaginable, her friend, Jayne Jeje’s wrote on her GoFundMe page, “On August 5, 2022, Helen passed away in her sleep on her flight from Hong Kong to UK. Helen was found unresponsive a few hours into the flight.” She further added that while all of this “unfolded in front of her children,” Rhodes couldn’t be resuscitated despite all efforts.

“For the remaining 8 hours of the flight, Helen lay in a breathless sleep in her seat. Although this was extremely traumatizing to the family, they all had time to say what they needed to say to her,” wrote Jeje. She described Helen as “one of a kind, a gem” who was the “pulse of her community.” She is also remembered as “a devoted wife and mother. She was the glue that held her family together.”

Helen, a midwife, also had her own business making handmade accessories, and she belonged to a close-knit club called Tung Chung Mums, where more than 200 women sought medical advice from Helen. “Helen always made herself available to help others. She was clever, witty, and generous with her time,” wrote Jeje. “We can only hope she knew how much she meant to us.”

А Tung Chung resident, in a comment on Facebook, characterized her as “the most loving, generous, and thoughtful person.”

“Live life to the fullest folks, and hug the ones you love,” wrote Andrew Spires, as per New York Post. In one response, a person wrote: “If anyone needed a helping hand Helen was always at the front of the queue.” Another said: “I worked with Helen in the UK. So sad to hear this news.”

A Foreign Office spokesperson said: “We are supporting the family of the British woman who died on a flight to Frankfurt and is in contact with the local authorities.”