Home » Mother of 4-Year-Old Who Accidentally Shot Himself Told He Would Be Brain Dead, But ‘God Says Different’ 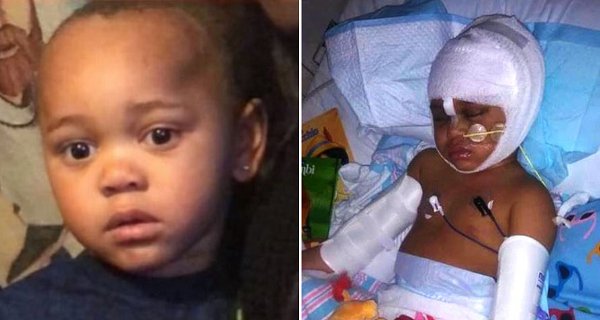 Mother of 4-Year-Old Who Accidentally Shot Himself Told He Would Be Brain Dead, But ‘God Says Different’

A miracle is happening in Oakland, California or at least people seem to think so. A 4-year-old boy is surviving a horrific injury that should have taken his life.

Na’vaun Lamarii Price Jackson reportedly had found a gun under a bed inside the home of his mother’s boyfriend. The boyfriend told police that he had forgotten to lock up the weapon.

Brijjanna Price, the boy’s mother, told reporters she has no plans to return to that home again.

“I don’t even plan on talking to anyone associated with that house,” she stated at a news conference.

Price was told by the medical staff at UCSF Benioff Children’s Hospital that her son most likely suffered severe brain damage and would never walk again, according to KTVU.

After coming off life support and coming out of and a medically induced coma, little Na’vaun is responsive and started to eat on his own.

“He’s breathing on his own, he’s doing something different every day,” Price told KTVU.

“What a Mighty God we serve,” he wrote in an earlier post.

“Prayer really does change things,” the proud grandfather continued. “From ICU to physical therapy. Please continue to lift my grandson myself and the rest of my family up in prayer.”