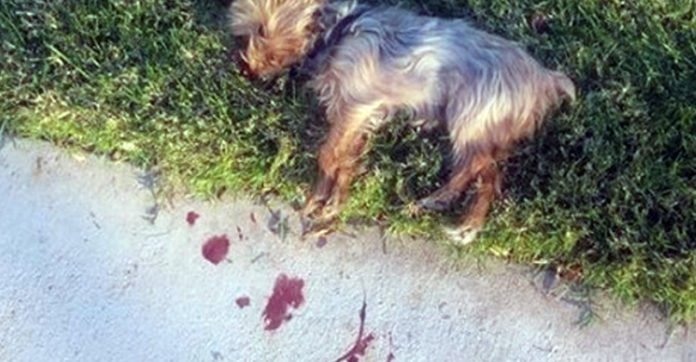 A two-pound Yorkie living in St. George, Utah was killed with pruning shears!

The dog’s neighbor, 74-year-old Kenyon Clark Benson pleaded guilty to killing Chewy but said it was just an accident.

He pleaded guilty to a ‘Class C misdemeanor of aggravated animal cruelty’, and many feel that the punishment is not severe enough for the crime.

According to reports, Chewy entered Benson’s property while he was doing some pruning.

Benson claims Chey ran over to him barking and he swung the pruning shears at the two-pound dog to shoo it away.

The blow hit Chewy in the head killing him instantly.

Hailey, Chewy’s 12-year old owner, witness the entire thing and rushed back home to tell her mom what happened.

Benson overreacted, he should have never swung the shears at such a small dog.