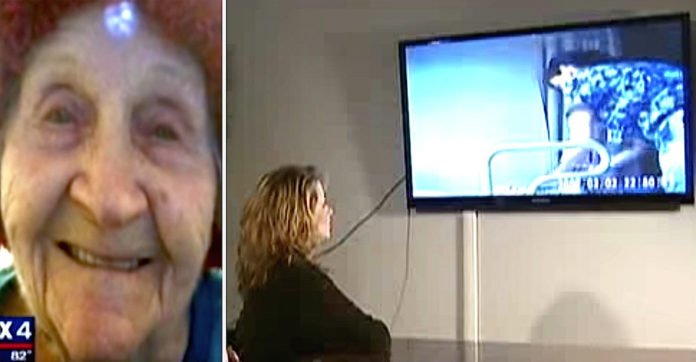 How anyone could hurt a defenseless person is beyond me – but, Minnie Graham, a 98-year-old great-great-grandmother from Garland, Texas, told her family that one hospice worker was mistreating her.

The hospice workers said Minnie had fallen out of her wheelchair. The family wasn’t convinced.

So, they set up a hidden camera. They saw the truth.

Minnie didn’t fall out of her wheelchair. She was shoved, pushed, pinched, and hit.

The two aides that were supposed to be caring for her failed in a big way and were captured on video.

The story doesn’t end there. You will have to watch the video to get the rest of the story.

It is just unbelievable and unreal that this sort of thing happens and the cases drag on and on in the courts.