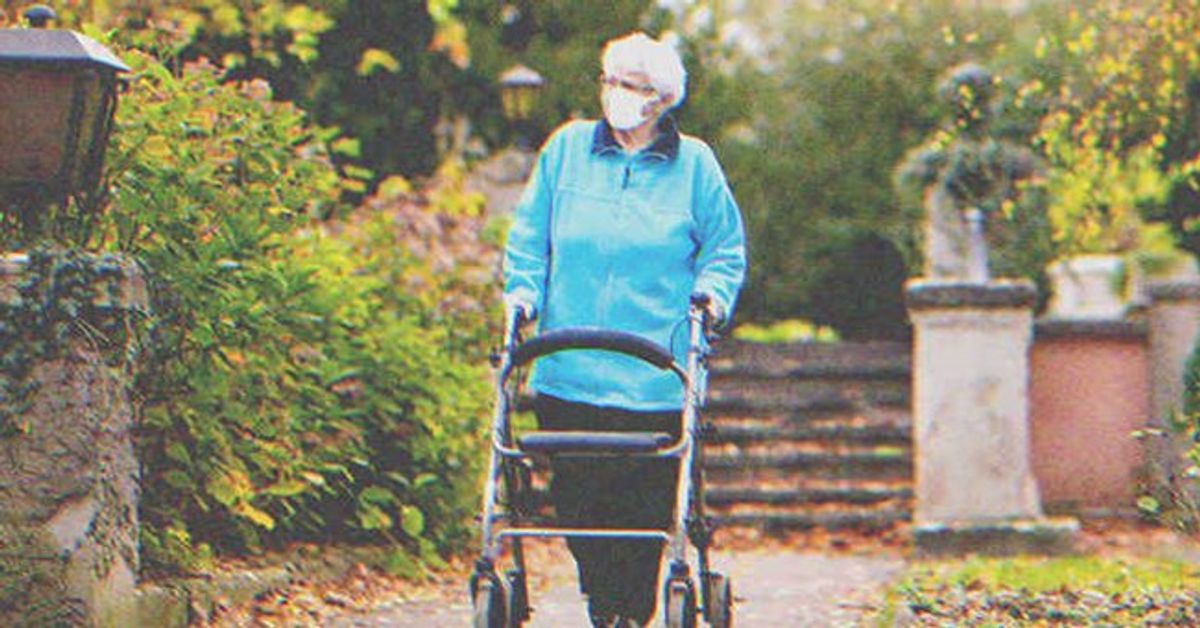 Barbara gave up all hope of finding her twin sister until they both ended up living in the same nursing home at the age of 83.

Barbara and her twin sister Kelly were separated at the age of 7 after their single mom could no longer afford to take care of them due to poverty. Barbara was sent to live with her mom’s childless friend in Texas, while Kelly lived with her grandparents in Utah.

Unfortunately, Barbara’s mother never disclosed where each sister was sent. Before Barbara could even begin to search for her sister, she heard from her adoptive mother that her biological mother had died.

Throughout Barbara’s life, she felt as if a big part of herself was missing. She tried to find Kelly, but her efforts never led to anything substantial.

Despite Barbara having a family of her own, she still tried her best to look for Kelly. She didn’t want to have any regrets, so she exhausted all means to try and find her.

When Barbara’s husband died, so did her hopes of finding Kelly. Her husband Dave had helped her with her search through the years, and without him supporting her, she felt as if she would never find her sister.

Since that time, Barbara’s two children started to look after her. However, living in different states hindered them from visiting her often, and she was left alone with a caregiver who would visit every other day.

Throughout her six years at home without her husband, she would constantly call her children to come and visit her. “It’s getting pretty lonely here,” she would tell them.

“Hang in there, mom. We’ll try our best to visit you during the summer,” her son Pete would reply.

Unfortunately, in those six years, Pete and his sister Rita only visited their mother once a year with their children and spouses.

When Barbara turned 83, she was convinced that her children would not be adjusting for her. So, to be closer to them, she decided to move to a nursing home located in New Jersey, where both Pete and Rita lived.

The siblings were happy with their mom’s decision. Although they were busy, they were relieved to know that their mother was close by. It meant they could visit her more frequently, as opposed to their rare plane rides to Texas.

Pete took a quick leave from work and flew to Texas to help his mother with the move. Once they had everything packed and sold the house she lived in, they both flew back to New Jersey together, where Barbara’s grandchildren welcomed her with flowers.

“Welcome to Jersey, Grandma Barbara!” they screamed at the airport arrivals hall.

“Oh, it’s so nice to see all of you here. Thank you for making time for me. I am so happy to be close to you all,” she gushed.

That afternoon, Barbara and her children had a nice dinner with the rest of their families. Barbara was overjoyed and happy with her decision to move.

When they were finished, Pete took her to the nursing home, where a caretaker immediately paused in her tracks when she saw Barbara.

“Yes. Is there a problem?” Barbara replied, looking at Pete for reassurance.

“There’s no problem, but I would like you to meet someone before I give you and your son a tour of the nursing home…” the caretaker said, ushering them inside the building.

The caretaker, who introduced herself as Jenny, led Barbara to a room. When the door opened, a woman who looked exactly like Barbara looked her in the eyes. The two women gasped.

“Barbara?!” the woman cried, standing from her bed to get a closer look.

“This can’t be! Is it really you, Kelly?” Barbara said, tears filling her eyes as Pete and Jenny looked on.

“I’ve been looking for you for seven decades. I can’t believe I’ve found you,” Barbara cried, embracing Kelly tightly.

“Oh, I am so glad to find you here. I’ve missed you all my life. We have so many things to catch up on,” Kelly said, wiping her tears.

Barbara looked back at Pete. “Pete, sweetheart. This is your Aunt Kelly. Can you believe it? This is her! The woman I’ve been looking for. I can’t believe this!” Barbara said, still overwhelmed with emotions.

Pete introduced himself to Kelly. He was happy for his mother. He knew how much she longed to see her sister. So to give them their space, he decided not to stay any longer and proceeded to say goodbye. “Mom, if you need anything, just call. I’ll be right here,” he said as he waved goodbye.

After Kelly and Barbara caught up about their lives, they both decided to make a bold decision together: to rent a small apartelle and live together.

The nursing home they were in had apartelles, wherein senior citizens who wished to live alone but with assistance could do so. They rented one apartelle together, where Barbara’s children and grandchildren visited every Sunday.

It turns out, Kelly did not have children of her own. She chose not to marry and instead lived life as a missionary around the world. This was why Barbara had such a hard time locating her.

Kelly settled down in New Jersey, as this was where she attended college when she was younger and felt most at home. It ended up being the best decision for her, as she eventually found Barbara and her family in the same place.

Barbara’s grandchildren quickly warmed up to both of them. They would often confuse Barbara for Kelly, to which Barbara would reply: “Don’t you worry. I’m not jealous that you think she’s me. We are sisters, and she is your grandmother, too.”