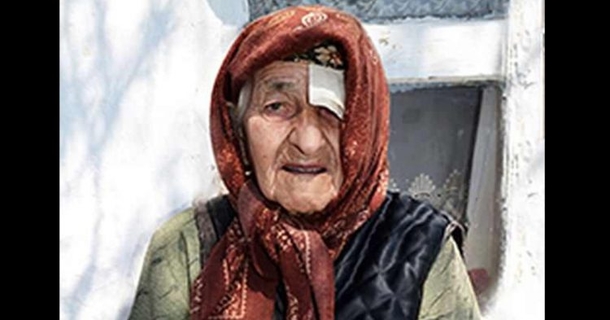 Everyone dreams of having a beautiful, fun, long, healthy life, and seeing their children and grandchildren grow up. These days, the average lifespan is 79 years old, but; there is 128 year old has claimed to be the oldest person on the planet.

Koku Istambulova, from Chechnya, shared a bit about her life and why she believes that living this long has been a punishment.

Istambulova will turn 129 years old soon and she believes that this longevity is a punishment from God since she has not been happy a single day of her life.

According to her birth certificate that was provided by the Russian government, Istambulova was born on June 1, 1889, and experienced more life than she ever wanted. When she was 27, the Russian Revolution forced the last Tsar off the throne, when she was 55 World War II ended and when she was 102 the Soviet Union collapsed.

Looking back on her life, Istambulova remembers seeing scary Nazi German tanks passing by her family’s home in a village in Chechnya, and then, later on, she and her family were deported along with the entire Chechen nation Kazakhstan and Siberia by Stalin who accused them of collaborating with Nazis.
When interviewed for her impressive age, Istambulova shared the following regarding her long life…
“It was God’s will, I did nothing to make it happen,” said Istambulova, who shuns meat but loves fermented milk. “I see people [who live long] going in for sports, eating something special, keeping themselves fit, but I have no idea how I lived until now. I have not had a single happy day in my life. I have always worked hard, digging in the garden. I am tired. Long life is not at all God’s gift for me – but a punishment.”

In addition to having to witness historical tragedies, Instambulova has had to experience the grief associated with losing several children, including a son that died at the young age of six. Her only surviving daughter died five years ago at age 104.
“I survived the Russian Civil War [after the Bolshevik revolution], the Second World War, the deportation of our nation in 1944 and through two Chechen wars,” she said. “And now I am sure that my life was not a happy one.

I remember tanks with Germans passing our house. It was scary. But I tried not to show this, we were hiding in the house. Life in Kazakhstan was the hardest for us. When in exile – we lived in Siberia too – but in Kazakhstan, we felt how the Kazakhs hated us. Every day I dreamed of going back home. Working in my garden helped me to get rid of my sad thoughts but my soul always wanted home.”

“We were brought up with very strict rules and we were very modest in our clothes,” she said. “I remember my granny beat me and reprimanded because my neck was visible. And then Soviet times came and women quickly began to wear more open clothes. Looking back at my unhappy life, I wish I had died when I was young. ‘I worked all my life. I did not have time for rest or entertainment. We were either digging the ground or planting the watermelons. When I was working, my days were running one by one. And now I am not living, I am just dragging through.”
While her sight is failing, she is still able to feed herself and walk and she speaks with articulation.