Home » One-Year-Old Found Dead In Crib, Mom Horrified To Learn What Was On Carpet That Killed Her 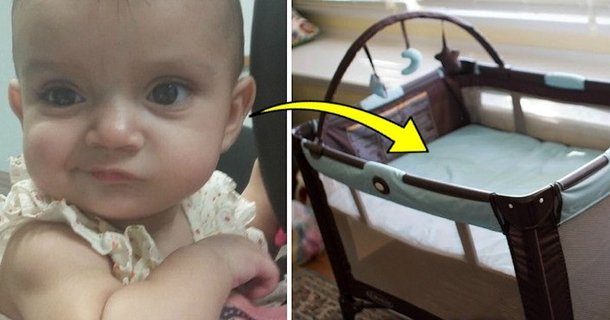 One-Year-Old Found Dead In Crib, Mom Horrified To Learn What Was On Carpet That Killed Her

A mother from Staten Island, New York, had placed her one-year-old girl in her Pack n’ Play crib to rest for the night. However, when she went to pick her up in the morning, she realized that her baby was unresponsive. Sadly, once first responders arrived on the scene, the baby girl was declared dead, and now, the mother has been left horrified to learn what was on the carpet that killed her innocent child.

In March, Leila Wade went to get her one-year-old daughter, Bianca Abdul, from her Pack ‘n Play crib, when she noticed something was wrong. As she picked up her daughter, she immediately noticed that the baby was unresponsive. After calling 911, first responders eventually told the mother the heartbreaking news that her daughter was dead.

When police questioned Leila, she admitted that she recalled Bianca hitting her head on the coffee table a few days before her death but said that she “seemed fine,” according to Inside Edition. However, when she was questioned again, the mother recalled another possibility that could have led to her daughter’s death and admitted to investigators that she feared her daughter had gotten a hold of one of her old prescription pills. Unfortunately, the medical examiner would later confirm Leila’s greatest fear – her daughter had died because of what the mother suspect the child had stumbled upon — a drug known as Embeda.

Bianca had died as a result of “acute intoxication caused by the combined effects of morphine and diazepam, an anti-anxiety medication similar to Valium,” according to SI Live. Her mother had been prescribed the drug a year prior to the child’s death for a head injury.
“That amount for a 15-pound baby, you’re going to sleep,” Leila said. “You’re going to sleep with no pain… there’s no crying out, it’s an immediate,” she tried to explain, struggling through tears. She believes that her daughter had found an old pill in the carpet, picked it up, and put it in her mouth, eating it – just like most children her age do with anything found on the floor.

The morning she found her daughter haunts her – as it would any parent. “I picked her up and I knew she was dead,” said Leila. “I looked in her eyes and I tried to do CPR…but in her eyes I knew that she was dead and cold.” However, everything may not be as it seems.

Before the death of Bianca, the home had been investigated by the Administration for Children’s Services on allegations of drug use, violence, and neglect. Bianca’s death has recently been declared a homicide. However, the Richmond County District Attorney’s Office is uncertain whether charges will be filed in connection with the findings, considering the incident is still an active investigation.

“We have a few cases under investigation,” Staten Island District Attorney Michael McMahon said in a statement. “We’ve had cases involving death and we have cases where children have survived. There have been a handful of cases, enough that we have been very alarmed by this and see this as another terrible manifestation of the crisis that we face here on Staten Island. It’s an all-out battle.”

Infants and toddlers are known for their curiosity and their need to put everything inside of their mouths. As a parent, it’s necessary to put anything that could either be a choking hazard or cause death in a childproof container away from the reach of your children.