Home » Parents Pays Babysitter To Watch Their Kids, But She Has A Dark Secret She’s Been Hiding 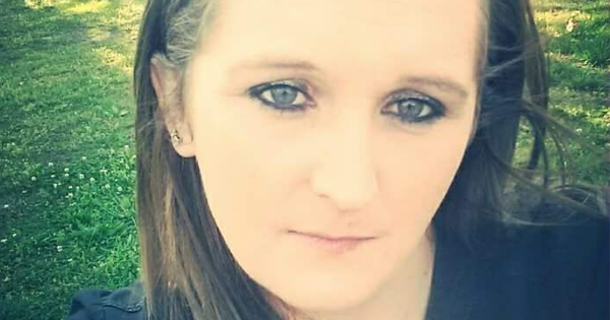 Parents Pays Babysitter To Watch Their Kids, But She Has A Dark Secret She’s Been Hiding

We hire babysitter to watch our children during times where we may need to step out the house. Parents work, have busy schedules and at times baby sitters help alleviate that stress of tryna to manage children with a hefty schedule

No parent ever expects for someone that they trust to betray them and even endanger their children.

A daycare provider in Missouri allegedly attempted to sell a client’s baby in a secret adoption without the parents’ knowledge.

According to the Joplin Globe, 30-year-old Lasonya Poindexter was arrested on Wednesday and quickly charged with attempted kidnapping.

Poindexter reportedly tried to sell the 5-month-old daughter of Ashley and Christian Still, of Joplin, in a secret adoption, without their knowledge.

The Stills had hired Poindexter as their babysitter back in April, when they discovered her name on a Facebook page for childcare providers.

According to the arrest affidavit, almost immediately after meeting the Stills and their children, Poindexter contacted another family in Lincoln, Arkansas and set up an illegal adoption.

The Stills had never given any indication that they wanted to give up their baby for adoption, nor did they attempt to make any arrangements with Poindexter.

Meanwhile, Poindexter continued telling the other family that the baby in question had been left in her care and was the product of a sexual assault.

In reality, the infant was very much a wanted baby in the Still household, and the couple had absolutely no idea what their babysitter was planning behind their backs.

Poindexter reportedly made several trips to Arkansas with the baby, without the parents’ knowledge, to meet the hopeful couple and get to know them.

Reports show that the couple had once met Poindexter at their home, where they had prepared a nursery for the baby.
According to the affidavit, the couple in Lincoln ultimately became suspicious of the adoption, and on July 20th, they contacted the Stills.

Authorities say Poindexter had at one point sent the couple a screenshot of a legal document, but the attorney who was allegedly involved in the adoption had never actually represented Poindexter.

Fortunately, the baby girl is now safe at home with her parents.
After this shocking story was shared on Facebook, commenters seemed floored that Poindexter had practically arranged an entire adoption without the Stills’ knowledge.

“What the heck is wrong with people any more? Thank God the prospective adoption couple became suspicious but how sad for them. And how horrifying for this baby’s parents!” one commenter wrote.

“Was she licensed or running an unlicensed and, hence, illegal facility? How did she get through licensing? She doesn’t sound like that good of a scam artist. You would think there would have been incidents filed if it were licensed. And, if unlicensed, poor babies for their parents putting them there,” another added.