In an effort to honor former President Donald Trump on his birthday, twenty-year-old Alexander Jerich burned his truck’s tire tracks into a rainbow LGBTQ crossing. Now the Lake Worth, Florida man has pleaded guilty to a felony charge of criminal mischief as well as a misdemeanor of reckless driving. Jerich was caught in the act of destroying the crossing when someone captured him doing it on cellphone video – the video footage showed Jerich deliberately burning tire tracks into the gay-pride rainbow crossing during the pro-Trump event.

The evidence against Jerich was so compelling that he pleaded guilty to all the charges on Tuesday during his appearance in a Palm Beach County courtroom. His sentencing date has not yet been set but can be expected to come in the next few months so long as the Florida law and justice system can handle the mounting caseload. 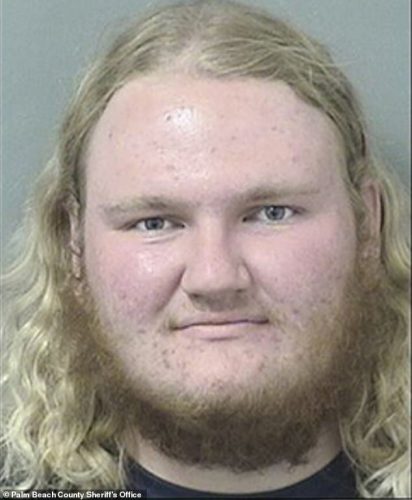 Jerich vandalized the gay-pride crossing on June 14, 2021 – just one day after the rainbow crossing had been painted on the Florida road in honor of Pride Month. In the video, Jerich is driving his father’s white pickup truck while flying a blue Trump flag. He revs the engine and spins the tires as he moves across the rainbow, crossing diagonally to cause as much damage as possible. As he veers into the other land, his tires smoke, and cars honk at him – either in disagreement with what he is doing or as supporters of his vandalism of the gay-pride symbol. 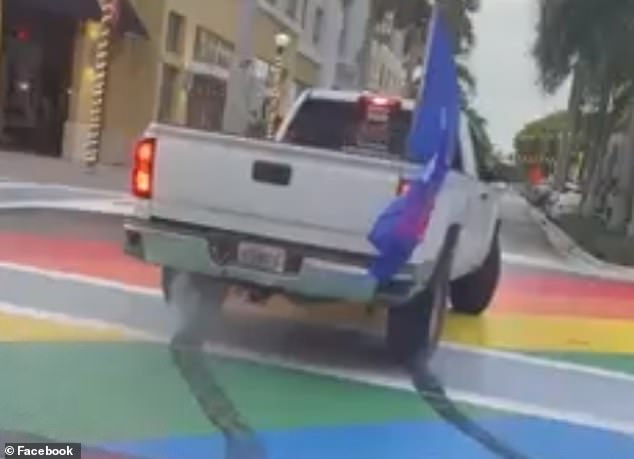 A few days after Jerich broke the law, Jim Kovalsky shared a social media update on Thursday, June 17, 2021, that said, “I’ve read that Delray Beach PD ID’d and arrested the person*** I thought Trumpers were for ‘law and order?’ Apparently, that’s not the case… This Pride crosswalk was only a couple of days old in Delray Beach before this person FLYING THEIR TRUMP FLAG decided to deface it. The hypocrisy is boundless.”

Jerich borrowed his father’s pickup truck to join a convoy of Trump supporters who took to the streets in honor of the ex-president’s birthday. After it became clear that the police were hunting for Jerich, he turned himself into authorities on June 17 without incident, but he did not provide a comment to the mainstream media at the time of his arrest.

Because he violated a gay-pride crossing to support Trump, Jerich faces five years behind bars as well as a $5,000 fine.

The fact that he did this in broad daylight shows the brazenness of these so-called “patriots” who feel they can do whatever they want without repercussion. What happened to free speech?

I guess we all know now who the real “ruiners” of things are. For shame, this Trump supporter really let us all down this time.

What do you think about this incident of vandalism in Florida? Do you think five years behind bars is an appropriate sentence for such a hateful crime?