Home » Police Officer Requests Woman to Pull Over, But After Checking Her Trunk, Doesn’t Issue Her A Ticket 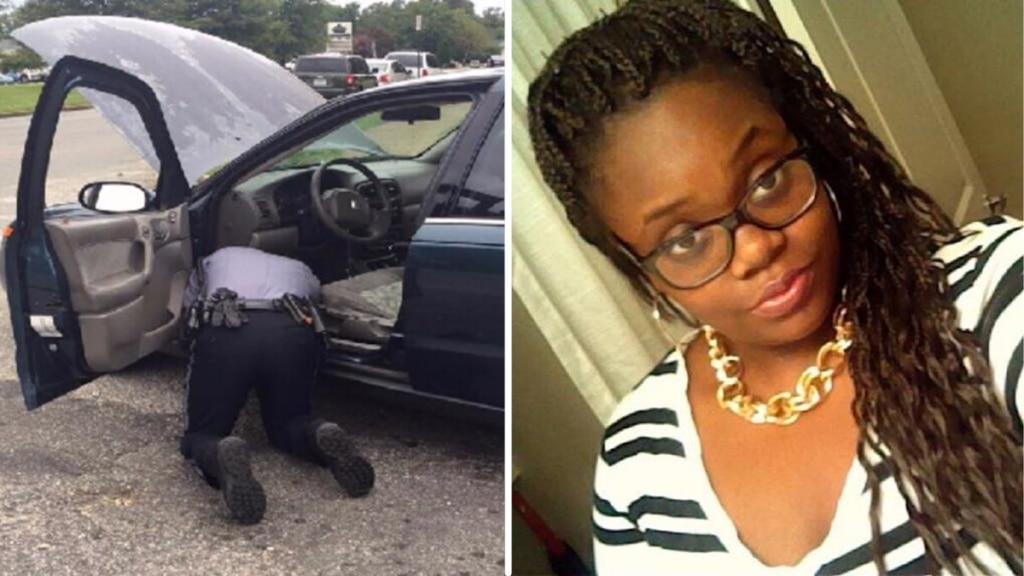 Police Officer Requests Woman to Pull Over, But After Checking Her Trunk, Doesn’t Issue Her A Ticket

One police officer surprised everyone when he used a secret talent to get a woman out of a tough situation.

Run-ins with police officers during routine traffic stops can be scary. There is the possibility of fines, tickets, and other unforeseen issues that undoubtedly put a damper on your day.

However, one woman in Henrico County, Virginia, got more than she bargained for when she was subject to one of these routine interactions with the local police.

Why a Police Officer Pulled One Woman Over

Chy-Niece Thacker was rushing around as usual one Friday morning when she heard the dreaded sirens and saw that a patrol car was asking her to pull over. She complied, and wondered what she had done wrong. The officer who came to her window, Officer Jenkins, let her know right away that her brake lights were out and that she would have to get them fixed as soon as possible.

Frustrated, Chy-Niece vented to the officer that she just had them replaced a few months ago and that she was anxious about the cost of another visit to the mechanic. Officer Jenkins decided at that moment to take matters into his own hands.

To Chy-Niece’s surprise, Officer Jenkins instructed her to pop her trunk. He rolled his sleeves up and took on the role of a mechanic, and tried to find the problem. When he tapped the lights in the trunk and they didn’t turn on, he asked Chy-Niece to pop the hood, checked her relay box, and continued to investigate.

He knew how costly repeated visits to the mechanic could be, and he was committed to helping her fix the problem. When he finally left, he didn’t have to give Chy-Niece a warning or a ticket, because the problem had been fixed thanks to his act of kindness!

He could’ve easily given me a ticket, but Officer Jenkins stepped out of officer role and into mechanic role to make sure I was straight. #HesABlessing.

Officer Jenkins could easily have ignored Chy-Niece’s worries, given her a ticket, and moved on with his day. However, he took an oath to protect and serve, and for him that oath extended all the way to serving as an amateur mechanic! His involvement in the community and empathy for those he serves is inspirational, and should serve as an example to others who go into law enforcement.