Home » Porsche Discovered 26 Years After Someone Stole It! But Then Cops Spot Bones On The Grass Next To It! 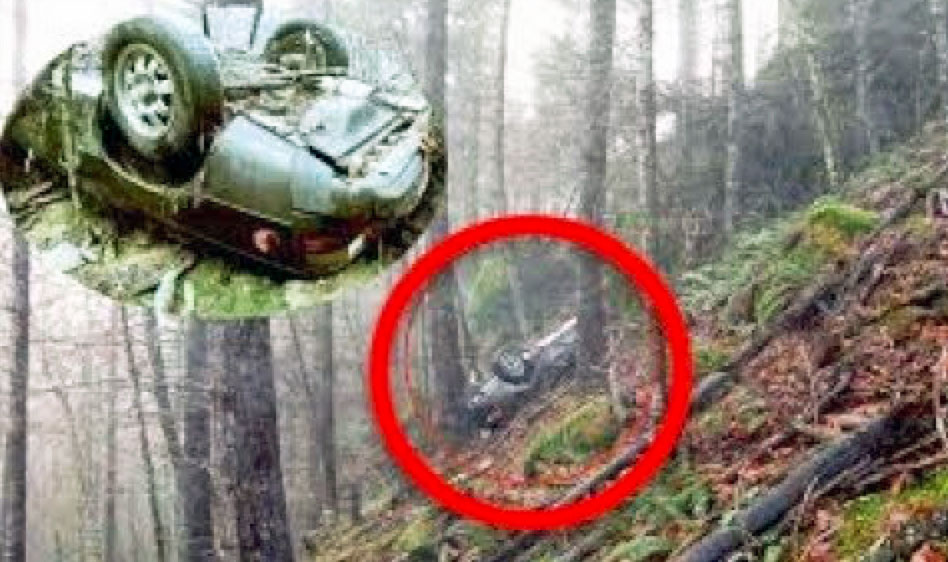 Porsche Discovered 26 Years After Someone Stole It! But Then Cops Spot Bones On The Grass Next To It!

Late in November of 2017 a man was walking his dog along a rural road in Jackson County Oregon.  The dog ended up wandering off the roadway into the dense woods with his owner following close behind when something suddenly caught the man’s eye.  Up ahead down a steep embankment lay an overturned vehicle. It was covered in leaves, sticks, and dirt and looked like it had been there for quite some time.

The man called the local police to report the car in the woods and they went out to investigate the wreck.  They found the abandoned car at the base of a steep cliff which made it virtually impossible to see for anyone looking down from the road up above.

The car was on its roof and there were bones scattered on the ground nearby. Fearing the worst, investigators examined them closely before breathing a sigh of relief, they were animal bones and most likely that of a deer.

After running the plates on the car the police were astonished when it came back as being reported stolen.  The fact that it’d been stolen wasn’t what surprised them, it was how long ago it had occurred. The car was a 1979 Porsche 924 coupe that had been reported stolen over 26 years earlier!

According to records, the Porsche was allegedly stolen on January 20, 1991 from a movie theater parking lot in Medford, Oregon.  After that, it was never seen again until the man and his dog stumbled upon it. Further investigation found that the registration tags had also expired in 1991, leading police to believe that it had been crashed, dumped, or abandoned in the woods sometime shortly after being taken.

Despite having the name of the owner listed on the stolen car report from 1991, police were unable to locate them.  There was also an issue with figuring out how to get the car out of the woods. Its final resting place was at the bottom of a steep cliff surrounded by dense forest and so there was no easy way to remove it.

Officials did not want to risk causing more damage to the environment and so for now it’s going to stay there until they can figure out the best way to safely remove it.

This isn’t the first time a stolen car reported missing suddenly popped up out of nowhere years later.  It has happened more than a few times all over the world and the video covers some very interesting stories about long lost cars finding their way back to their owners.

Check it out for more and if your car ever gets stolen, there is always hope it might be found 26+ years later!