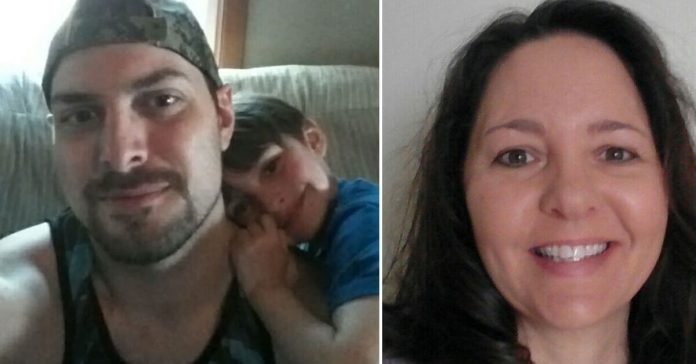 They say that it takes a village to raise a child. And, it’s so true!

Everyone that your child encounters will have some sort of impact on their development, especially their teachers.

It takes a special type of person to be a teacher.

And, some teachers are so devoted to their profession that they go above and beyond the call of duty.

Nancy Bleuer, a 54-year-old kindergarten teacher, is one of those educators that not only does her job, but she truly cares about the well-being of her students. When she noticed one of her students, four-year-old Camden, wasn’t acting like the robust little boy that she was used to, she arranged for a little one-on-one time with him to find out if anything was wrong.

Camden told his teacher that his father was really sick, so ill that Camden was worried that he might die.

The frightened, little kindergartner was dealing with some pretty scary emotions. Nancy knew she had to do something to help.

So, she contacted the family, and learned that Camden’s father, 34-year-old Darreld Petersen, was very sick.

His kidney’s were failing, and he was on dialysis, hoping for a transplant. Nancy wanted to help her student’s young father. Going above and beyond any teacher’s responsibility, she selflessly offered Darreld one of her kidneys.

The necessary blood tests were administered, and both Nancy and Darreld were amazed to find that her kidney was a perfect match.

Darreld can’t believe how lucky he is. Some people have to wait for months or years to find a donor kidney that will match. And, some never find a match.

Who would have ever thought that he would find his donor in his son’s kindergarten class?

That’s just the kind of person that Nancy Bleur is.

She takes the time to not only make sure that her students are being educated, she also looks out for their well-being. She is a truly special teacher.

If Nancy hadn’t cared enough about her students to ask little Camden what was wrong, who know’s where his father might be right now.