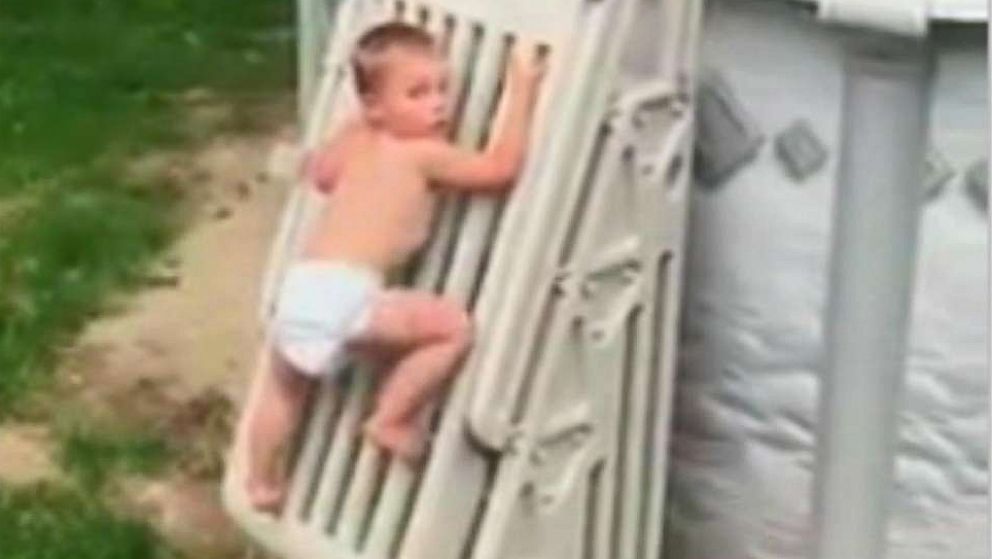 A loving parent does everything in his or her power to keep their child safe. And as any parent of a toddler knows, it is hard to stop them from exploring. They want to go to new places, see what is around the corner, and pick up anything that looks out of place.

If you have a pool, then you probably put up pool safety gates to protect your toddler from falling into the water, but these “unclimbable” gates are not as safe as they claim.

In a video shocked parents shared to the internet, Keith films as their young son climbs the “unclimbable” safety gate in a mere 39 seconds. If the baby had climbed the gate when his parents were looking the other way, Keith and Tonya would have been sharing a much more painful story.

Instead, they were watching the toddler and caught him in the act of exploring. They decided to share the video in an effort to remind parents always to keep their eyes on their kids because you never know what they’re going to get into when you’re looking elsewhere. 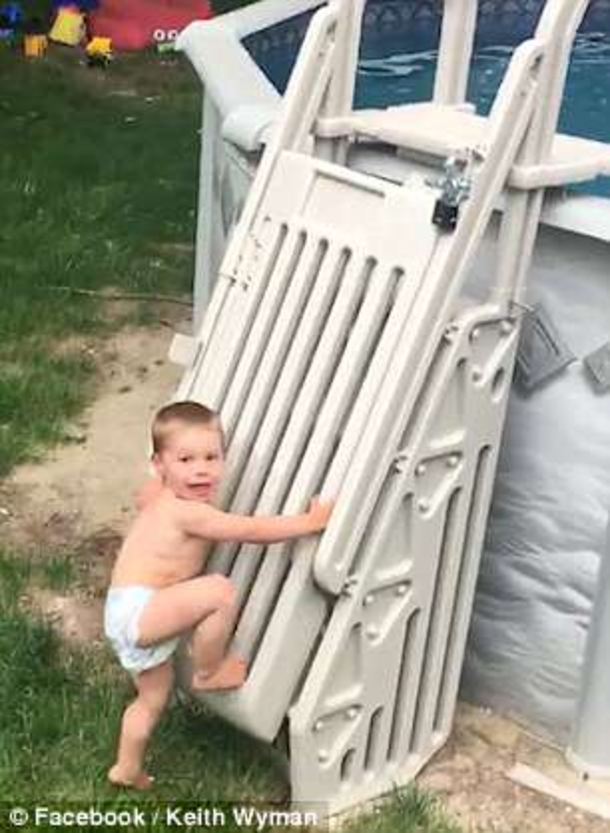 Keith Wyman, the father of the toddler in the video, captured the video in Attleboro, Massachusetts. He shared it online because he knows other parents rely on this pool gate and wants them to stay safe. If Cody the toddler climbed over the gate when Keith wasn’t looking, Cody could have fallen in the pool and drowned.

The gate Keith uses covers the steps of the pool ladder as a “safety measure.” But that doesn’t stop the little boy from climbing over it.

With alarming ease, the toddler lifts himself up the ladder and puts himself at risk of drowning in a matter of seconds.

Dad said, “So I bought this ladder with the pool, and I’m watching my son pulled himself up this ladder. Who’s (sic) big idea was it to have this door that slots like that? When a two-year-old can pull himself up and climb this thing?” 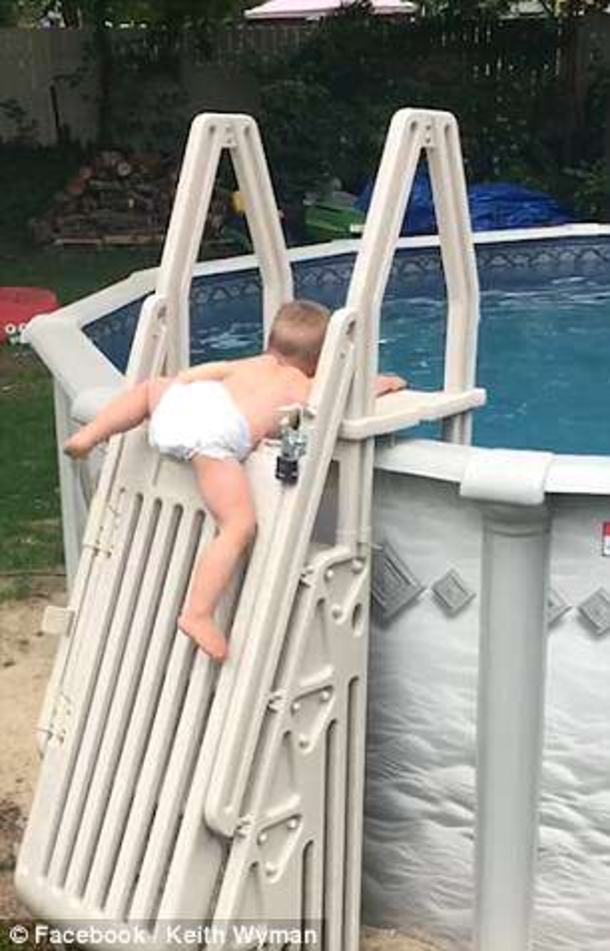 When Cody gets to the top of the ladder, his mother swoops in and brings him to safety. In toddler fashion, Cody starts throwing a tantrum.

Keith shared the video to Facebook a few days ago as a warning to other parents with safety ladders on their pools.

“So I’m posting this video after I found my 2-year-old Cody trying to climb our pool ladder when it was closed and locked. I just got it with the new pool. Tonya and I stress you to watch your kids around pools. I will be buying a new type of ladder!” 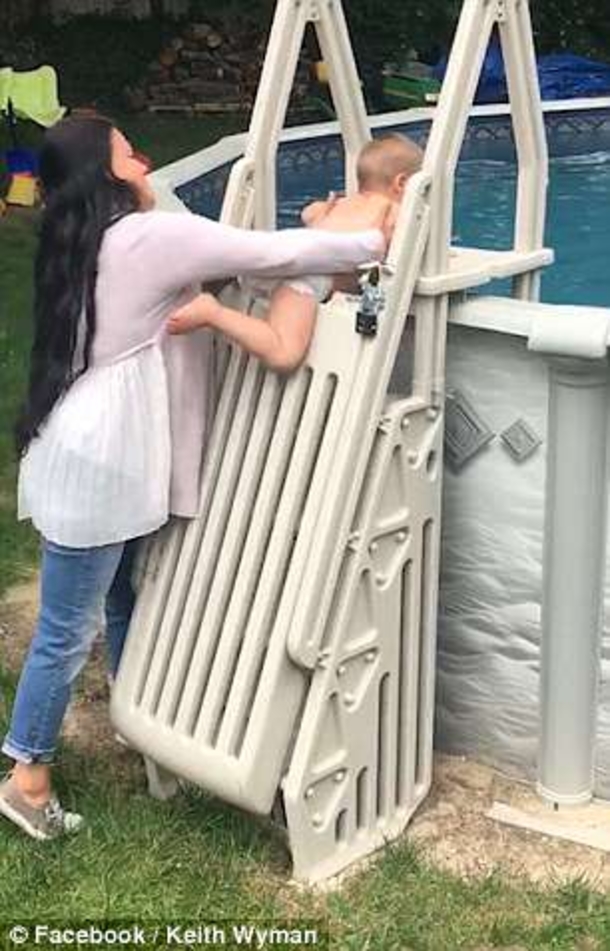 In a matter of days, Keith’s clip has gotten more than 19 million views on the social media platform. And people are just as outraged as Keith and Tonya that the safety measure completely fails when confronted with a toddler.

One viewer suggested that the pool safety company should hire Keith’s son to test the equipment before putting it out into the market.

What do you think about this footage?