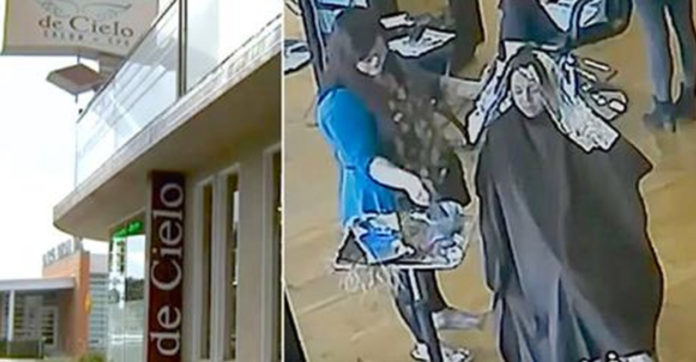 A woman made the local headlines when she was arrested for deceiving local salons and left without paying after receiving services.

This woman, “Ashley”, had visited de Cielo Salon and Spa in Burbank, California and claimed that she had an appointment.

She then lied to the stylist that she was supposed to take her engagement photos tomorrow and felt horrible about her appearance.

The stylist felt sorry for her and booked an appointment for her right away.

Six hours later, Ashley had incurred a total of $900 in salon services.

Before payment, Ashley had stated that she wanted to use the restroom and went out the front door – without paying.

She then took off in a white SUV that had no licence plate on it, without knowing that the salon had CCTVs around the store.

To identify the woman and locate her whereabouts, the salon posted the camera footage on their Facebook page.

Thankfully, another local stylist responded to their post and informed them that she had a similar incident with the suspect.

It took just 24 hours for the woman to be spotted and arrested for her crimes.

Check out this video: