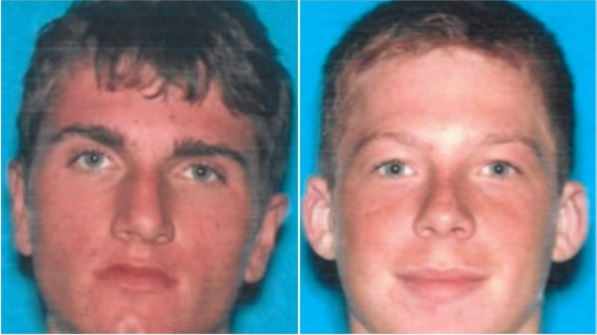 After two young people in California were arrested for vandalizing a Black Lives Matter mural, Santa Cruz Police Chief Andrew Mills took a hard stance against their actions and would not dismiss the offense as childish behavior.

Brandon Bochat, 20, and 19-year-old Hagan Warner, were arrested Saturday on charges of defacing a Black Lives Matter mural across from City Hall on Friday night. The mural was painted on the street by volunteers last September and features the words “BLACK LIVES MATTER” in yellow.

Authorities say Bochat and Warner vandalized the mural with black streaks from tires obscuring the words. According to police, the two took turns doing burnouts in the pickup truck involved in the vandalism. They have been charged with felony vandalism and conspiracy to commit a felony, and were booked into the Santa Cruz County Jail. Both have been released on bond.

The suspects posted a video of the act on social media, and one wrote, “‘BLM’ is a joke cry about it p-ssys,” with a United States flag emoji in the center of the statement. Someone is heard laughing during the video.

Authorities believe two other suspects are also involved and detectives are searching social media to bring them to justice. Authorities have contacted the suspects online but haven’t heard back.

“This type of behavior is unacceptable in our community, and we will pour all of the resources necessary to ensure we identify and prosecute those responsible,” said Santa Cruz Mayor Donna Meyers at a meeting on Sunday. “There is no place for racism or acts of hate in the City of Santa Cruz.”

Both of the suspects taken into custody are white, and the incident has sparked calls for hate crime charges to be filed.

According to Mills, “Determining whether it was an attack on the organization or the individuals who comprise the organization will be an important piece.” The department is considering hate crime charges if there is enough evidence to prove it.

“The investigation continues,” he said. “There is a lot of work still to be done.” The damage is expected to cost well above the $450 level required for a felony crime.

While posting updates on the incident on their official Facebook page, numerous commenter attempted to downplay the actions of the young men.

One person wrote, “What’s heartbreaking is there is so much crap that goes on in Santa Cruz. And your focus to hang a couple of 20 year olds over something so stupid. Peeling out over Black Lives Matter. Really.”

Another added some sarcasm to the mix, “Teenage boys sent to prison for burning rubber on a street in Santa Cruz causing black smears on blk paint. No lives lost in the process.”

Despite the hundreds of comments minimizing the actions of the college students, Mills wasn’t having it. “For those who seek to minimize the events that took place, to negate the responsibility by saying ‘these are just kids fooling around,’ shame on you,” Mills said. “This was meaningful to this community, and we will do everything in our power to make sure that those who did this are brought to justice.”

Community members echo the sentiment of the impact of the incident on the community. “Our anger is righteous. This is not about just some rubber on paint. This is about 600 years of continued, nonstop, onslaught genocide of Black and brown people the world over, and when situations happen like this, they trigger us, but trigger meaning, that this one small action leads to several series of events afterward that are harmful