Home » She Punched A Male Student Right In The Mouth, And Her Mom Is About To Press Charges On Him…. 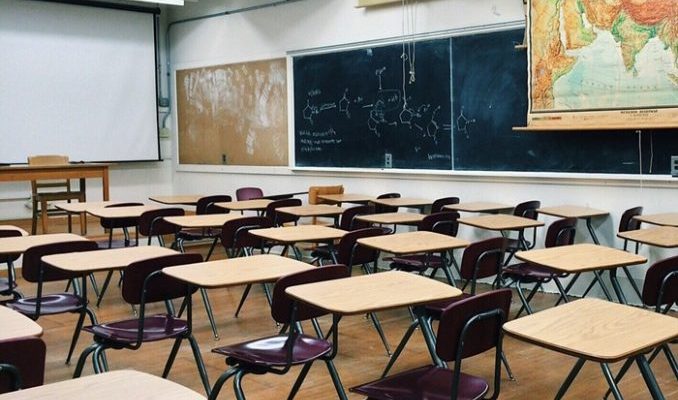 She Punched A Male Student Right In The Mouth, And Her Mom Is About To Press Charges On Him….

How frequently women are subjected to verbal, physical, and sexual harassment in daily life is absolutely absurd. They frequently lose their childhood and innocence at a young age as the patriarchy’s hold on society dismisses their traumatic experiences as unimportant.

They regularly endure bullying from their peers, but it is only taken seriously when a perpetrator is a man. However, one mother wasn’t about to sit idly by as her daughter’s school tried to demonize her for defending a classmate who couldn’t control his hands.

She described how her daughter retaliated by hitting the boy, literally, for pulling her bra strap in class despite her repeated requests for him to stop. Backed into a corner, the girl decided to take matters into her own hands and punched the boy. She tried to report the boy’s behavior to the male teacher who was in the room at the time, but he just told her to “ignore it” twice.

The mother, an A&E nurse by profession, related how she was called to the school to deal with “an incident involving [her] daughter” and discovered that the authorities had taken a different stance than she had anticipated.

The school administrator was furious at having to wait for her response even though it was impossible for her to leave the hospital to answer the call.

“Is she ill or injured? Can it wait until my shift is over in two hours?” the mother asked.

“[Daughter] has struck another pupil. We’ve been trying to call you for 45 minutes, It really is very serious,” the administrator reponded.

The mother hurried to the principal’s office on the insistence of the school to see her daughter, her teacher, counselor, the principal, and the boy with his parents. The boy had been struck by her daughter, just as the administrator had claimed, leaving his face red and his nose bloodied.

When the mother arrives at the school, she was then led into the principal’s office. In there was her daughter, the headmaster, a boy with blood around his nose and a red face, and his parents.

Immediately, the principal admonished her for being late with a rather snarky comment. Not in the mood to take any of his passive-aggressiveness, she informed him:

“Yeah, things get busy in A&E. I’ve spent the last hour administering over 40 stitches to a seven-year-old who was beaten by his mother with a metal ladle and then I had to deal with the police regarding the matter. Sorry for the inconvenience.”

The principal explained the purpose of the meeting after concluding that her justification for being late was reasonable. The 5-foot-tall, 84-lb girl allegedly punched the 6-foot-tall, 160-lb boy twice in the face after he repeatedly snapped her bra strap so hard that it came undone.

And everyone in the room blamed her daughter, instead of holding the boy accountable for his treatment of the girl.

After hearing their version of events, she realized that they were expecting an apology from her and her daughter instead of the boy who thought it was okay to play with a classmate’s bra strap despite repeated warnings not to.

“Oh. And you want to know if I’m going to press charges against him for sexually assaulting my daughter and against the school for allowing him to do it?” she asked them and the mere mention of sexual assault sent all the men in the room scrambling for damage control.

“I don’t think it was that serious,” said the teacher while the Head Of Year asked her not to “over-react.” Meanwhile, the principal had the audacity to tell her that she was “missing the point” when he himself wouldn’t recognize the point even if it came and punched him in the face.

The woman then turned to her daughter to hear her version of the events. “He kept pinging my bra. I asked him to stop but he didn’t, so I told Mr. [Teacher]. He told me to ‘ignore it.’ [Boy] did it again and undid my bra so I hit him. Then he stopped,” the girl told her.

The mother then turned to the teacher and gave him a piece of her mind. “You let him do this? Why didn’t you stop him? Come over here and let me touch the front of your trousers” she said, adding, “Does that seem inappropriate to you?”

“She defended herself against a sexual attack from another pupil. Look at them; he’s nearly 6 feet and 11 or 12 stone. She’s 5 feet and 6 stone. He’s a foot taller than her and twice as heavy. How many times should she have let him touch her? If the person who was supposed to help and protect her in a classroom couldn’t be bothered what should she have done? He pulled her bra so hard it came undone,” she said.

The mother informed the principal that she would be leaving with her daughter after making her point. She emphasized that her child had done nothing improper and added that she would be informing the school board of the incident. She sent a clear message to the young man who touched her daughter.

Before leaving, she turned to the boy to give him one final warning. “EVER touch my daughter again I WILL have you arrested for sexual assault. Do you understand me?“ she told him and left with her daughter.