Home » She Was Missing For Four Decades, And She Just Showed Back Up… 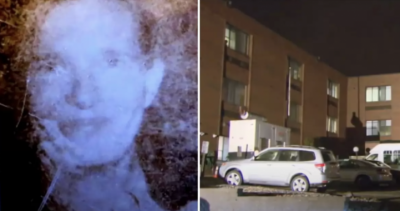 She Was Missing For Four Decades, And She Just Showed Back Up…

Police say a woman from New York who went missing 42 years ago has been discovered at a Massachusetts nursing facility with dementia.

As Officers from the New York Police Department spent a long time looking into the case of a missing woman who worked at the most luxurious hotel in upstate New York, but they were unable to find any leads.

But they resolved the dispute in October 2017, and it eventually went viral. 42 years after going missing in upstate New York, the woman known as Florence “Flora” Stevens was located in a Massachusetts senior living facility.

After her husband dropped her off at a doctor’s visit in Monticello, New York, in August 1975, Flora Stevens vanished.

Stevens—then 36 years old—went away without a trace. She had a doctor’s appointment at Community General Hospital, which at the time was located in Monticello, and was picked up by her husband, according to the Sullivan County Sheriff’s office.

However, Stevens had disappeared by the time the appointment was done and the man went back to pick up his wife. The police acted right away and made every effort to stop it, but their efforts were ineffective.

Until the Sullivan County Sheriff’s office learned about some unidentifiable skeleton remains that were thought to be Stevens’s, the case of the missing person remained unresolved for many years. They thought that family members would be able to identify the person using DNA.

Instead, they discovered that someone in Massachusetts was using the missing woman’s social security number. So they located the Lowell nursing home’s phone number.

The facility’s employees confirmed that the number belonged to Flora Harris, a woman who had worked there since 2001.

Further research revealed that Flora Harris was actually Flora Stevens. She was 78 years old at the time, had dementia, and had trouble speaking clearly. The woman however recognized a previous image of herself taken when she was 36 and employed at the hotel.

Stevens recognized the old photograph, but she was too unwell to explain what had transpired 42 years earlier. Her whereabouts throughout that time were therefore a mystery. 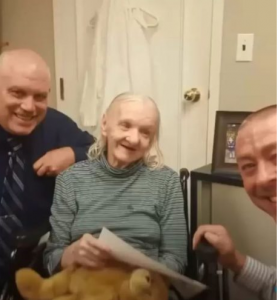 “It’s not too often we get to solve a 42-year-old missing-person case,” Sullivan County Sheriff Mike Schiff said in a statement. “The main thing is we know Flora is safe.”