Home » She’s Unemployed, Living Off Government Benefits, And Has Special Request For Taxpayers

She’s Unemployed, Living Off Government Benefits, And Has Special Request For Taxpayers

A woman from wants a fairy tale wedding—on the taxpayer’s dime. Anna Broom, of Gillingham, in Kent, has not worked since she was 19-years-old.

According to The Daily Mail, UK resident Anna Broom, 33, has received $150,000 during her 14 years as a government benefits recipient. Now, she’s reportedly asking for an extra $15,000 to fund her dream fairy tale wedding at an English castle.

Broom especially wants a designer dress, horse and carriage and champagne for her 50 guests, The Daily Mail notes. Broom has also requested an extra $3,000 to fund her honeymoon in Mexico, reports The Federalist Papers.

“I’ve dreamed about being a bride since I was 12-years-old,” Broom said, per The Daily Mail. “I deserve a fairy-tale church wedding and a party in a castle – but there’s no way I could afford it on benefits and I can’t work because I’m overweight.” 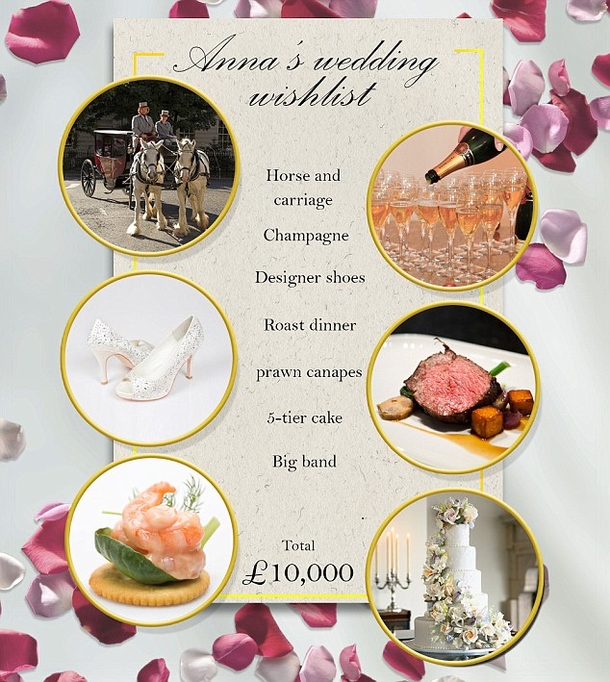 Broom added that she knows she would slim down if all eyes were on her at her wedding. At the age of 16, Broom reportedly dropped out of high school. After applying to several different jobs and having no luck, she is said to have lost interest in job hunting and resorted to binge-eating.

Within one year, Broom weighed 238 pounds and was declared unfit to work after suffering from depression and back problems.
She has qualified for benefits since then and has never worked.