Home » Single Foster Mother says She is a Proud Black Woman with Three White Kids: ‘Love has no color in my home’ 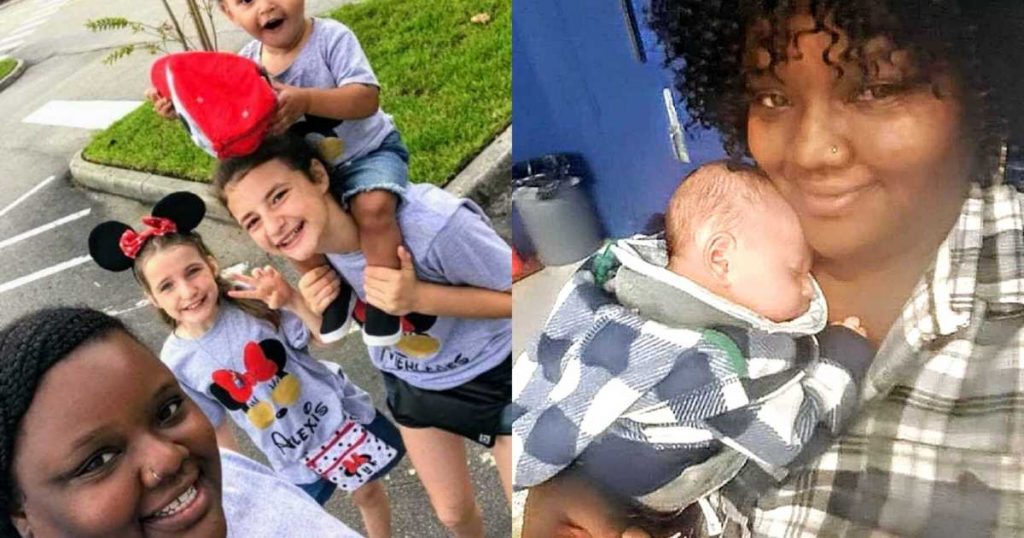 Single Foster Mother says She is a Proud Black Woman with Three White Kids: ‘Love has no color in my home’

Cincinnati, Ohio native Treka Engleman is a single foster mother who had a difficult upbringing.

Treka suffered greatly after losing her mother when she was six. Despite having eleven older siblings, she has always been by herself.

Engleman shared her experience and remarked:

I believe being a mother just came easy to me even though I’ve never had anyone teach me how to do it. I’ve watched a lot of cousins through the years, including my 20 nieces and nephews, three great nieces, and a bunch of others.

Since I left high school, I have worked in childcare. I’ve always watched kids for various families, so I think I assumed I was born with the ability to look after kids. I had no idea how three kids would alter my life.

Treka claimed she had always desired to be a foster mother but had been hesitant to take on the responsibility because she was single and had no children of her own.

“Even though I didn’t think I would be eligible, I still conducted some research, contacted some people, and asked around. It turns out that you can be single or married, and you have to be at least 21 years old! After discussing it with my family, I made the decision to move forward. I made the decision to start the process and acquire a two-bedroom apartment when I was still sharing a room with my sister at the time.

Treka began attending adoption and parenting programs at St. Joseph Orphanage in August 2016. She gained a lot of knowledge about children who lost their parents or ended up as orphans.

Treka claimed that after hearing all the terrible tales, she became so moved that she wished to adopt every orphan child on the planet.

“Emotionally, it was a total roller coaster. My eyes started to tear up and my heart broke when I heard the stories about some of the youngsters who are placed in foster care. I lost my mother when I was young, yet I couldn’t fathom living alone. I wanted to bring in every child I could at that point.

“I was getting close to the conclusion, and I had to decide what sex, color, and age range I wanted to foster,” she continued. Really, there was never any debate on the subject. Caucasian and African American were immediately marked. I don’t care about color. No matter what hue you are, love is love.

The 30-year-old claimed that shortly after finishing her last class, St. Joseph called to inform her that an infant only five days old needed to be adopted.

“I asked myself, “How old?” I was unable to refuse after she gave me a little background information. I assured her that he was welcome to visit my house. 2016-12-08: Elijah Lee Hill visited my house. When they brought this small little infant into my house, my heart absolutely fell. It turns out that he wasn’t my last placement—he was only my first!

On May 10 of the following year, 2017, Engleman received another call asking if she would be interested in adopting two young children.

Naturally, I responded “Yes.” She informed LWM. They responded, “Okay, we’ll be there later this evening. When I opened the door after hearing a knock, I saw this adorable, small child standing there. Although they had indicated two sisters would be coming, I soon learned she was by alone. Her name was Alexis Bowman.

“I quickly learned that Mercedes Bowman, her sister, had gotten into some problems and had moved into a group home. I made sure they communicated with each other frequently. So that they could spend time together, we went to see them on the weekends when we had time. Mercedes cherished brag sessions with her group home pals about her sister.

You understand what I was considering? Treka said. I wouldn’t have it any other way since I adore these kids. I had more than enough to provide them with a home, and they needed one. They were adopted into my family right away. Only children in need are what my family sees, not color.

Yes, I have received my fair share of curious looks while we are out in public, but we simply keep moving on unperturbed. She went on. “I’ve had people ask me, ‘Oh, are you babysitting?’ and my reaction is no, these are my children. There are no questions. I never refer to foster children; only my own. Because that is who and what they have always been.